It has been another successful season for my club – OFK Beograd. I have achieved fantastic results.

However, I noticed that Football Manager 2017 is a bit more difficult to play than previous versions. There are no easy matches.

If you missed the beginning of the story, these are the links:

Last on the table can beat a favorite very easy on an away match (personal experience). I realized that it is not wise to underestimate an opponent (play with B team) and be sure of victory.

Transfers are a special story. Good players (attributes) are sold for little money from weaker leagues.

A player that can be sold for a couple of million (FM 16) now goes for several hundred thousand. I’ll write about this later.

This season I had two goals – top half in the league and the second round of the cup.

In the beginning, I focused attention on the league, so that the second part of the season a national cup became the number one priority.

I have to praise a scouting team because two great players have arrived. But, let’s see why the Serbian First League is interesting …

One thing is for sure, this is not an easy league to play in. 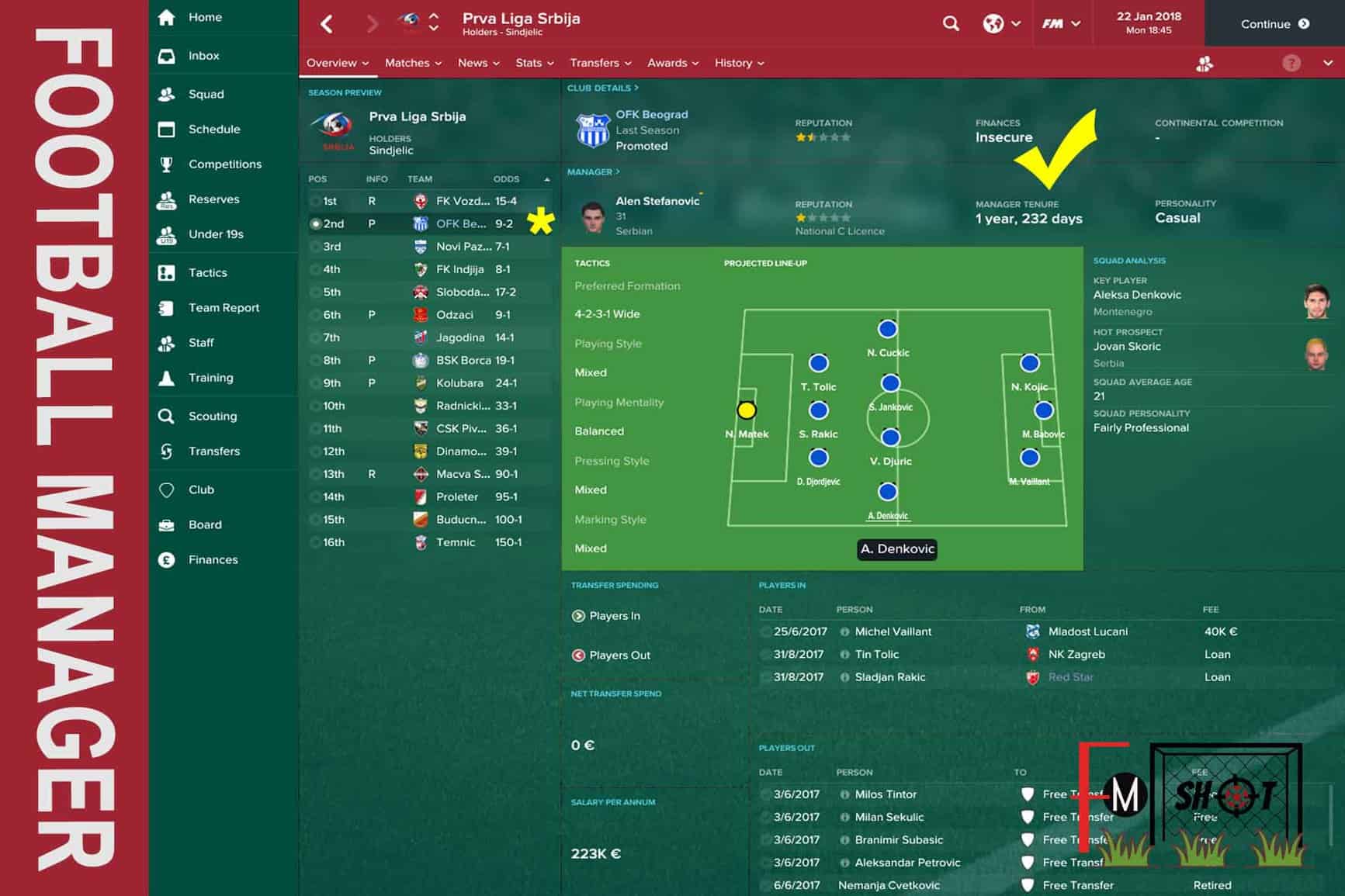 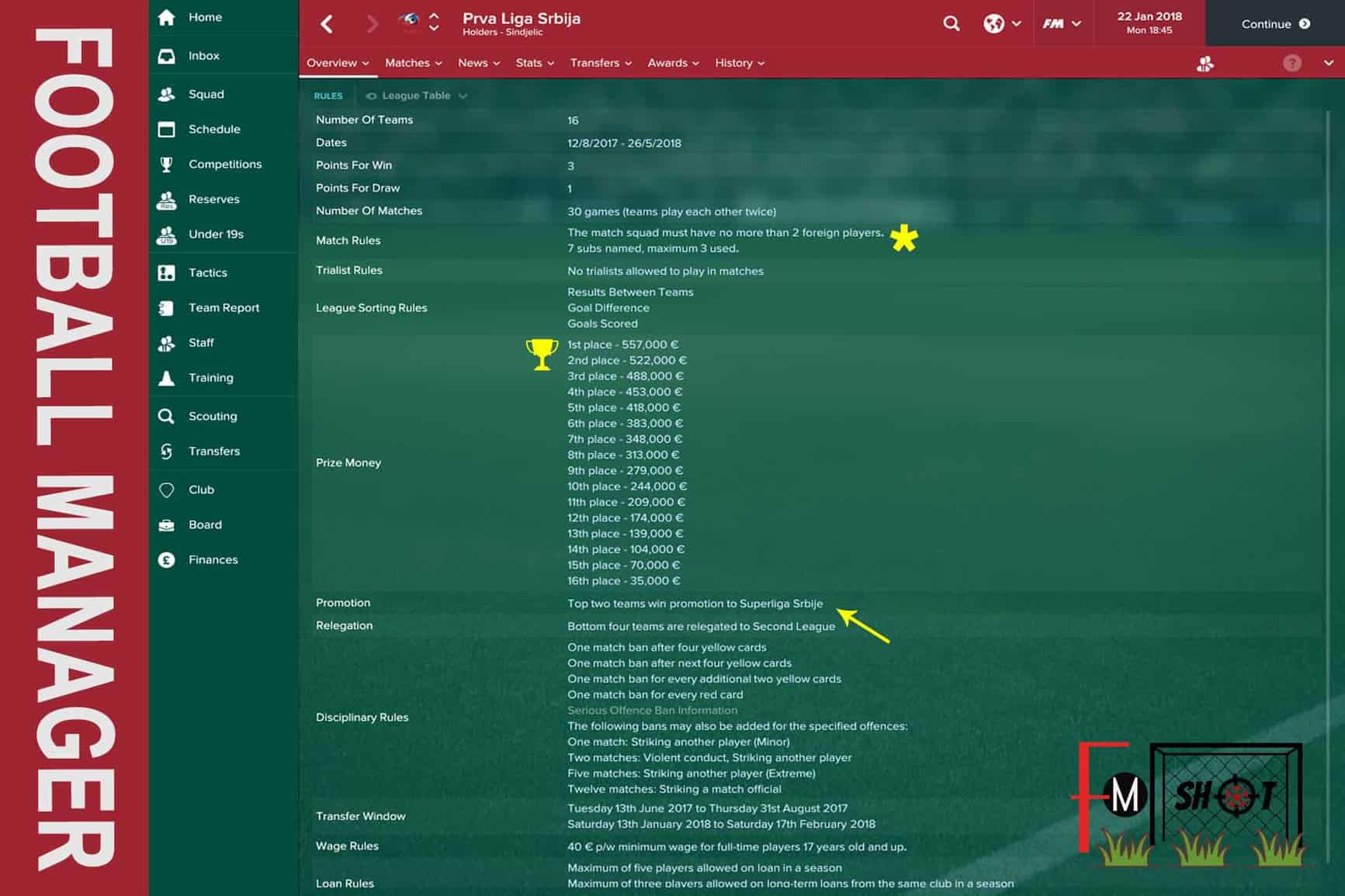 I still do not have the money for the right reinforcements. Sales go bad and that’s why the first team is almost the same as last season. 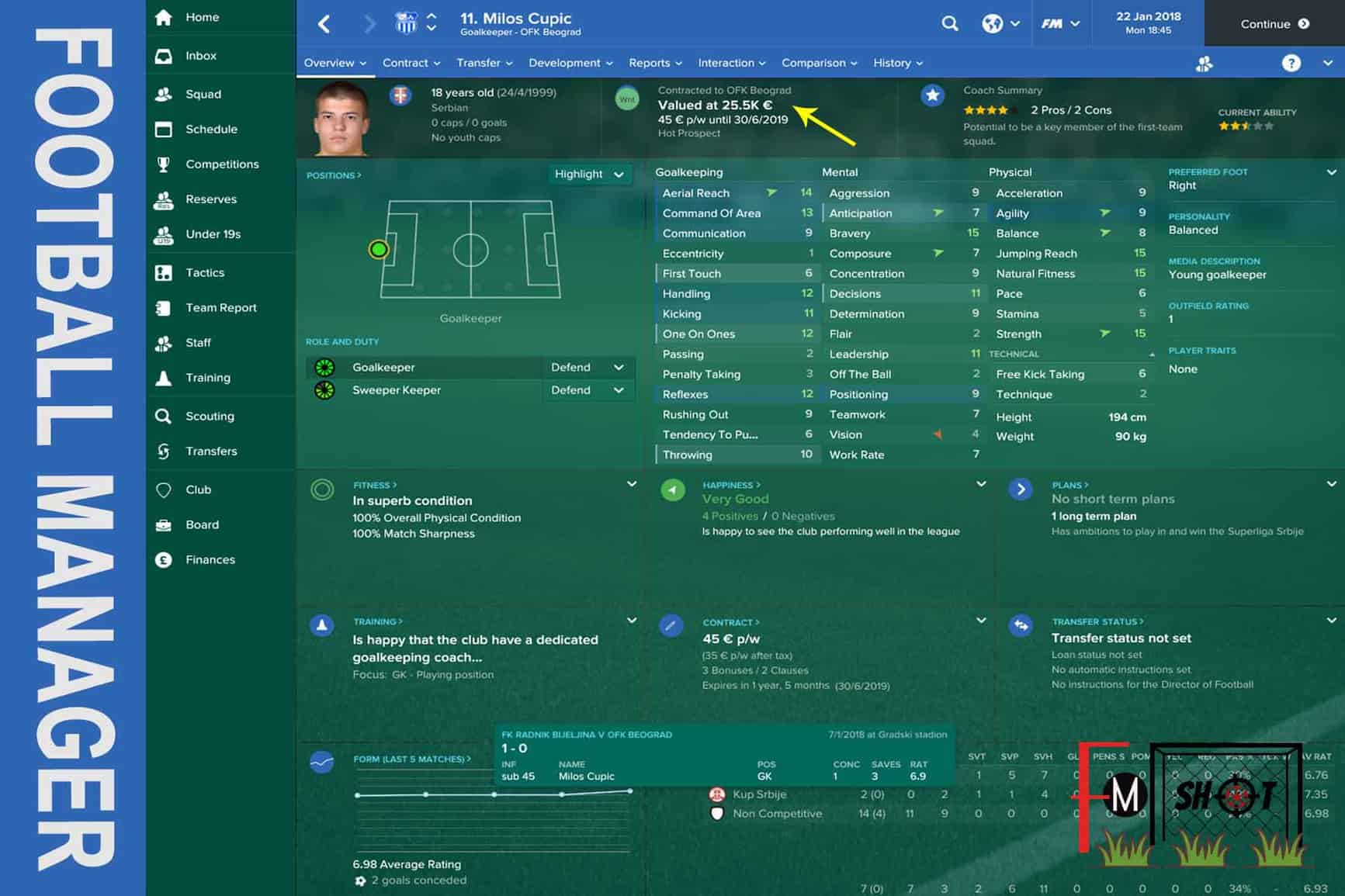 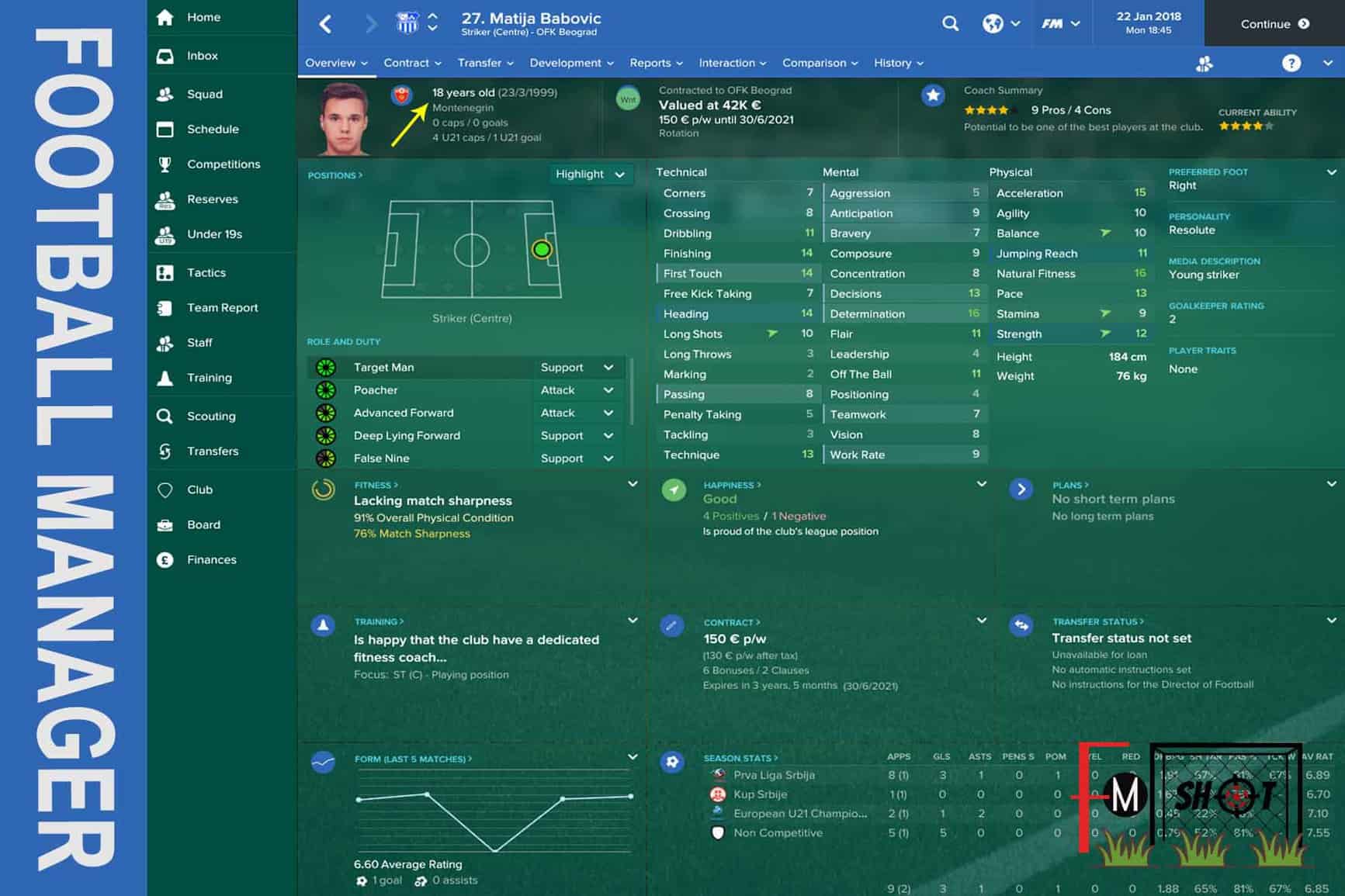 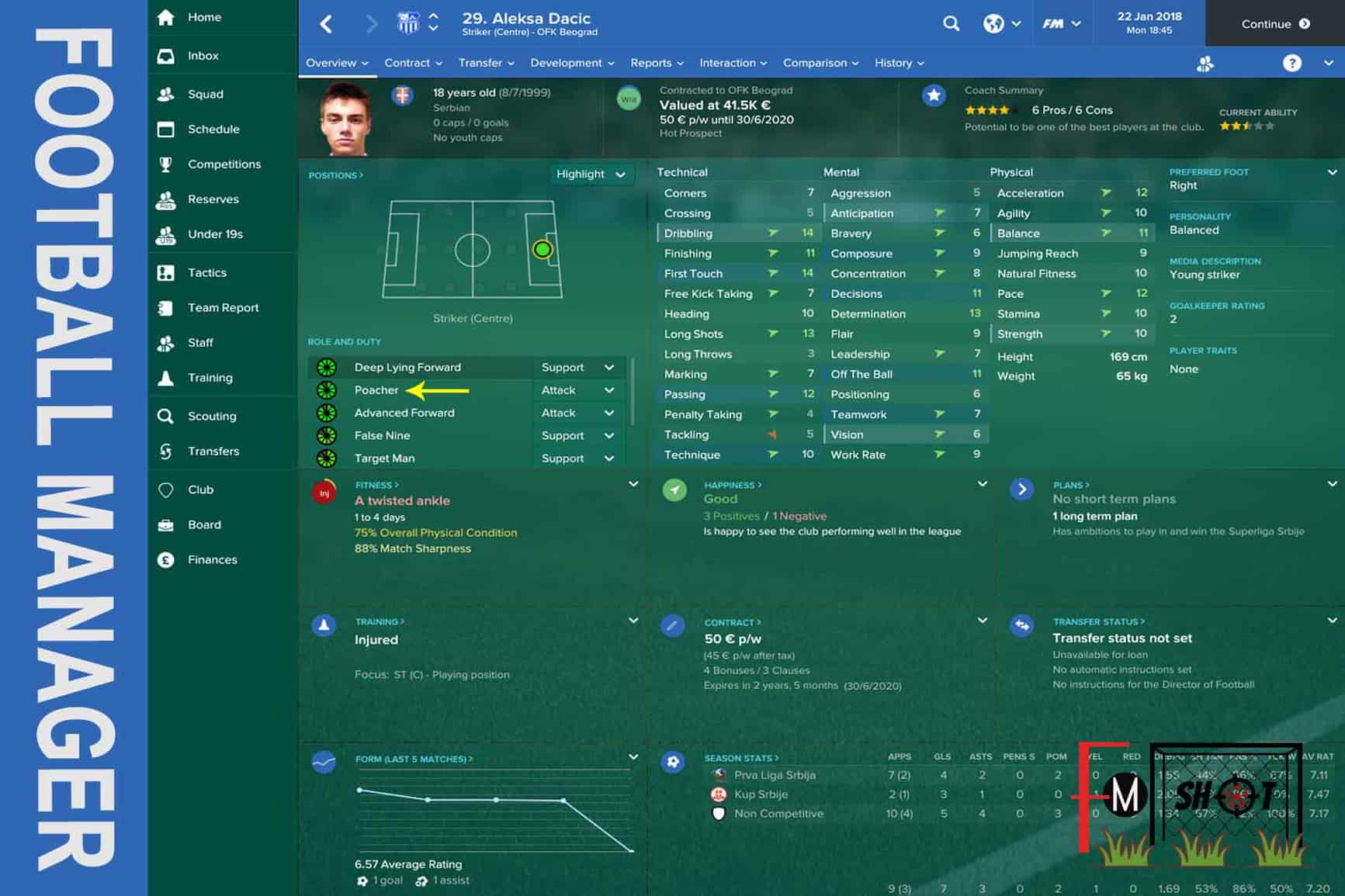 I played too cautiously because when I choose attacking I easily receive a goal.

That’s why the 3-4-3 have been the right solution for impossible situations.

On the other hand, I did not want to use the formation of 4-5-1 against the strong opponents or to keep the result. I love an open game … 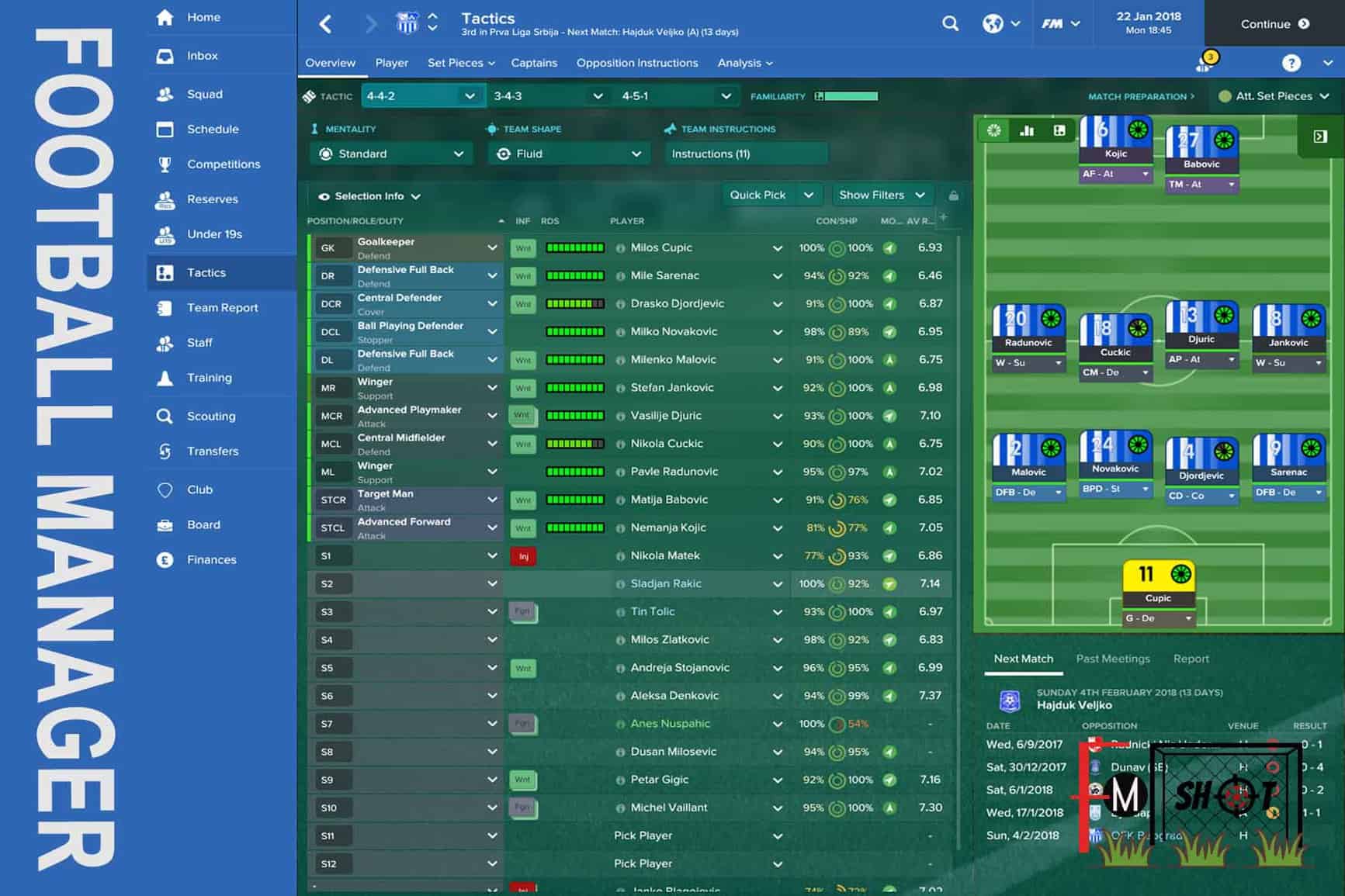 The most goals were scored by Aleksa Dacic (7). He pleasantly surprised me!

Aleksa Denkovic, who has average rating 7.37, is ready for a stronger league. His best position is MR – wide playmaker (support).

There are players who have achieved good results but with a little help.

There were 33 yellow cards and 3 reds. This is a proof that it is played firmly and aggressively. But this is more for criticism than for praise.

The cup is not interesting at this time because we went into the second round without any problems. 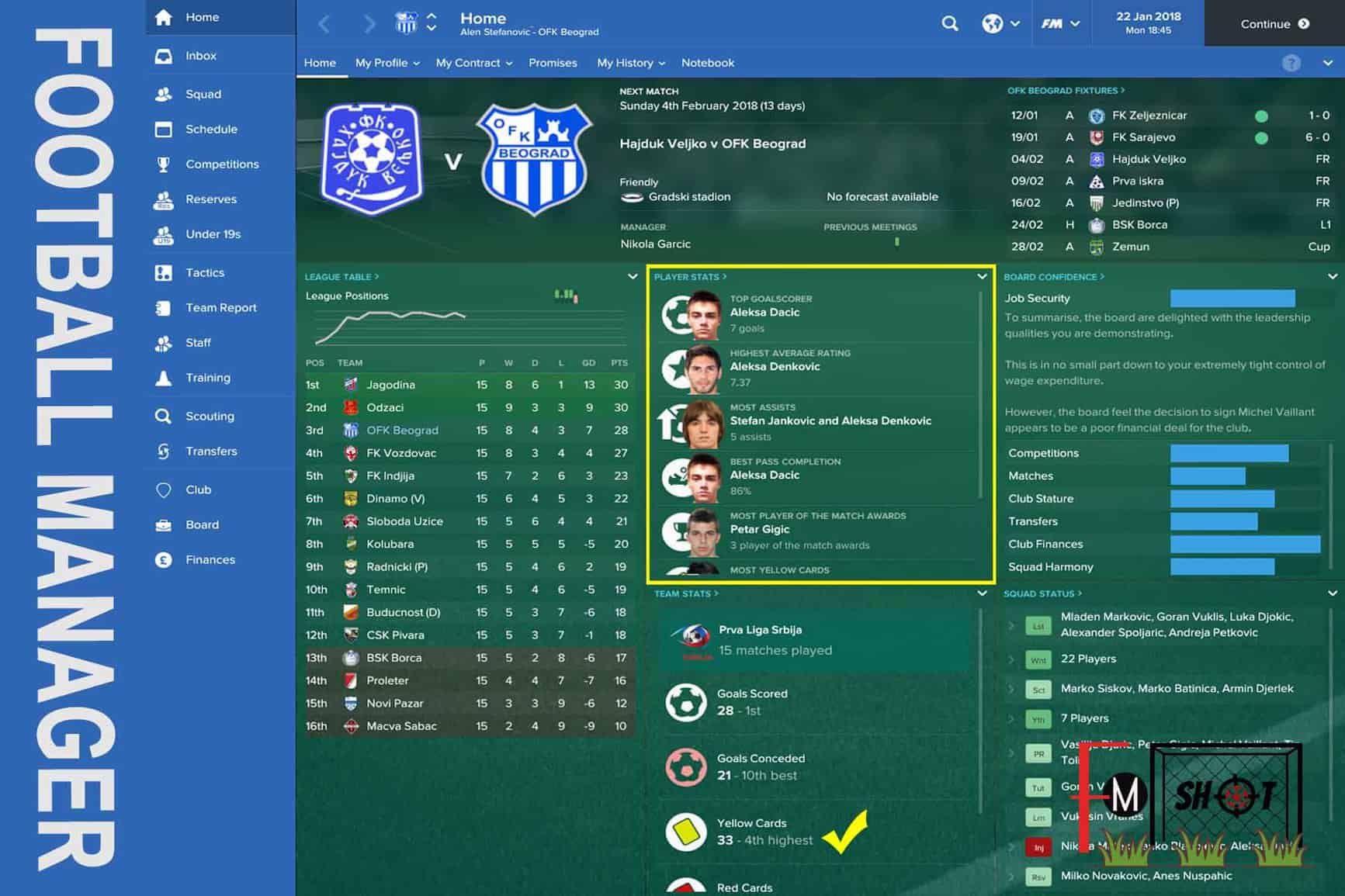 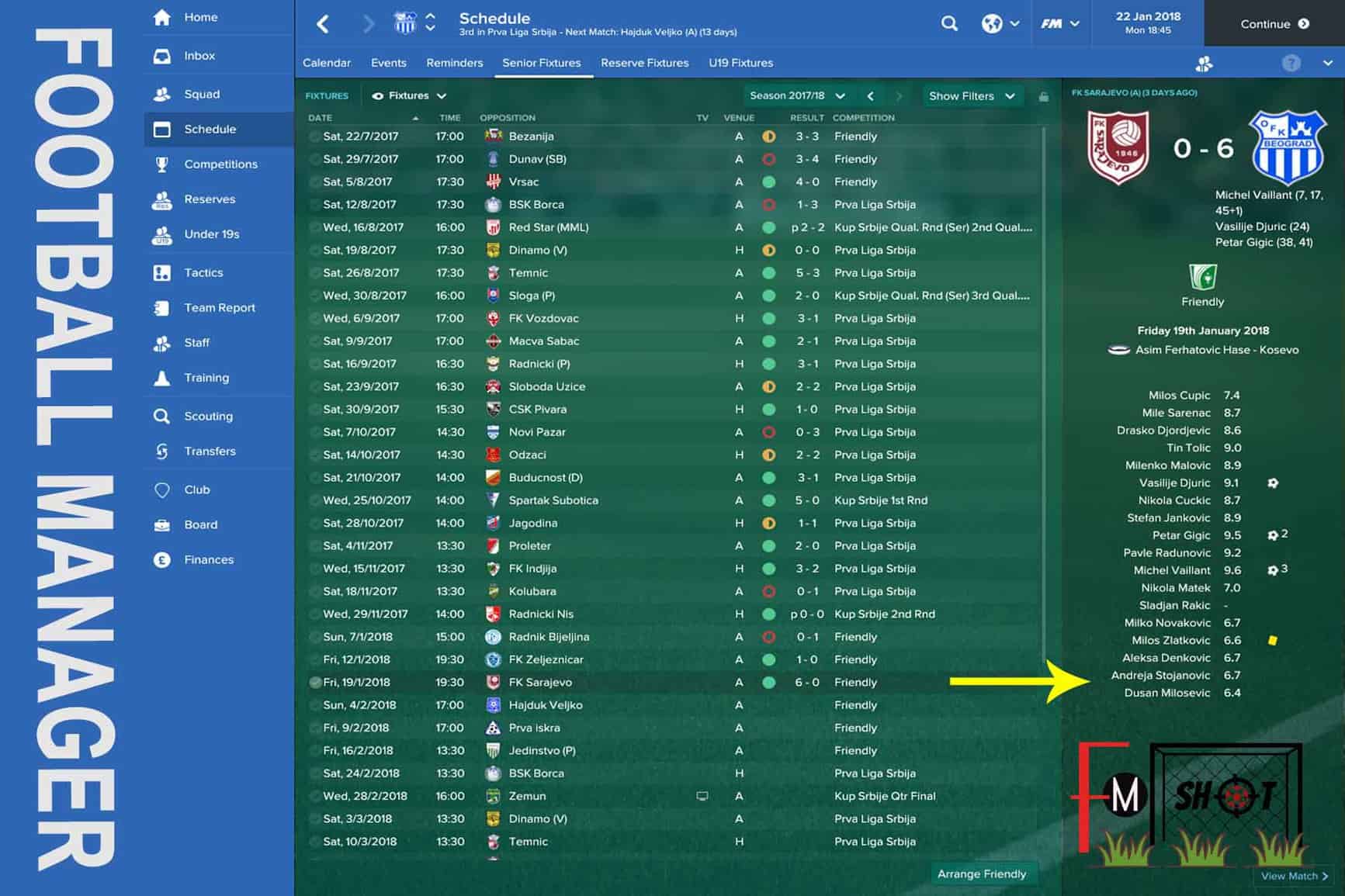 Michel Vaillant (ST) is the first player who arrived at the club. I’ve already written about him.

It is a quality striker that does not have a strong shot (finishing and strength) but is very creative (technique).

He left a good impression last season, which was enough to realize Transfer (40K EUR).

The next reinforcements were two loans – Sladjan Rakic DC (Red Star) and Tin Tolic MC (NK Zagreb). Fantastic players that I would love to see next season. 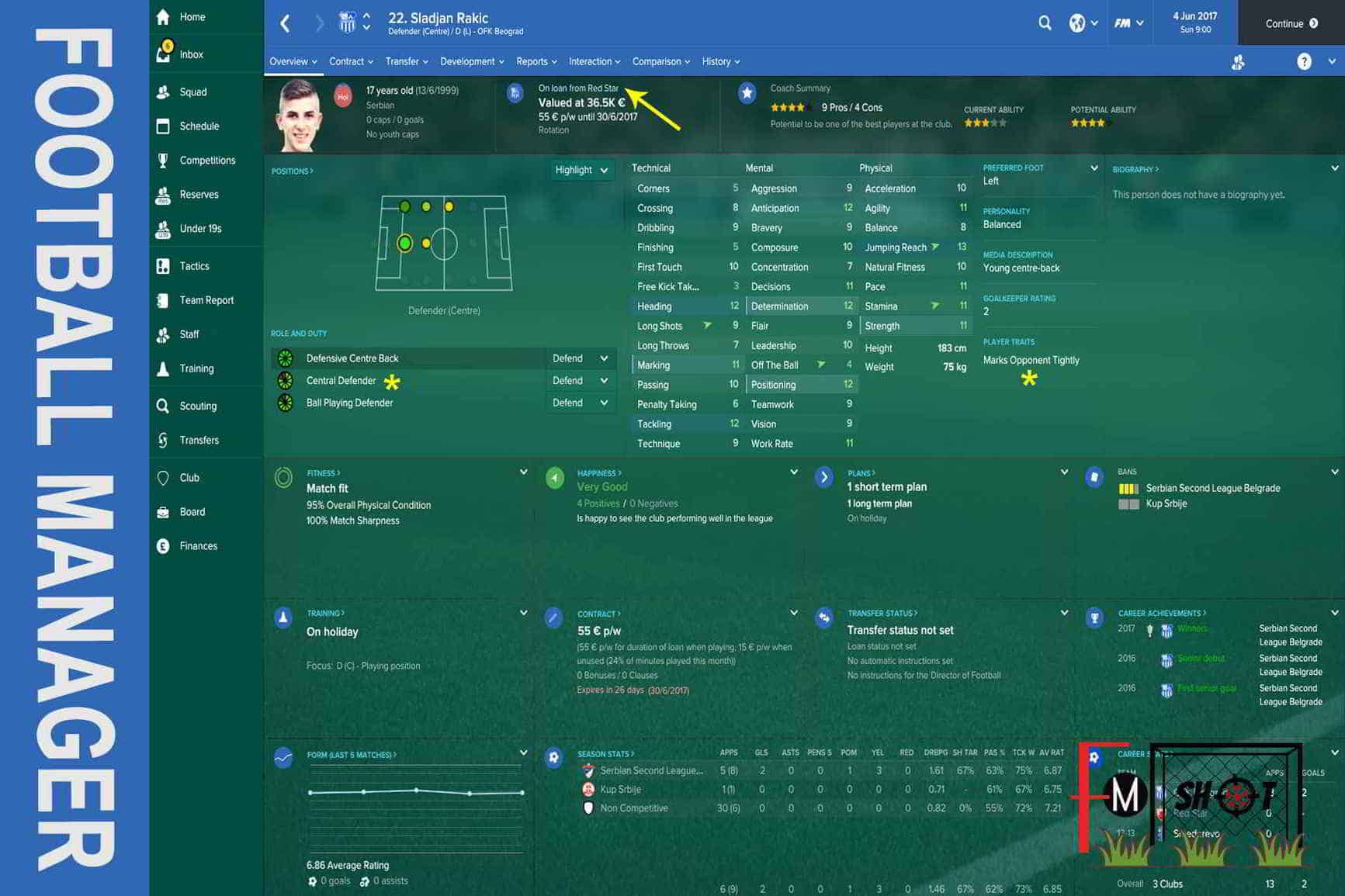 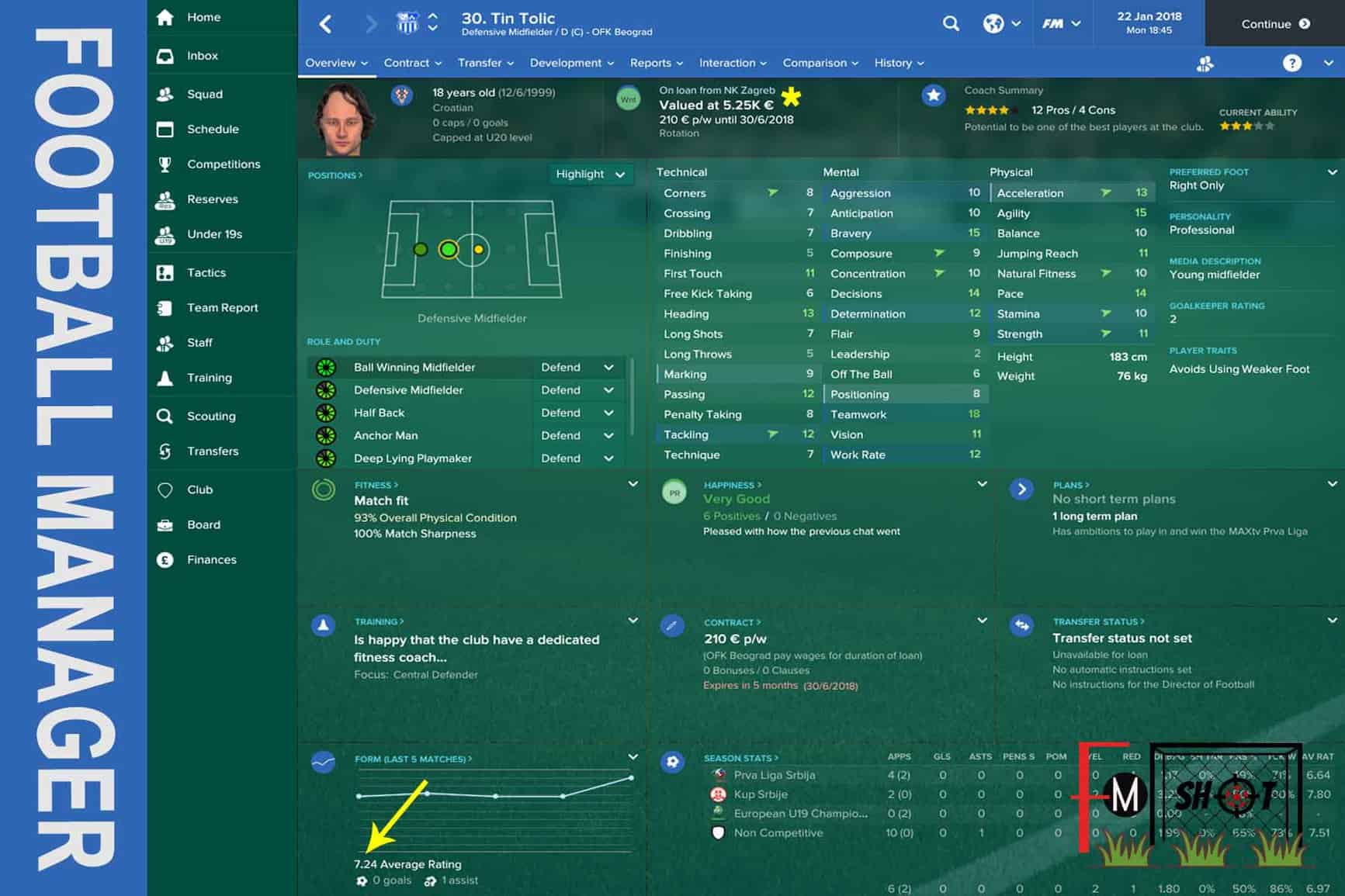 Anes Nuspahic arrived as a free player in the club. The best position is MR (Winger – Attack).

His arrival was conditioned by the departure of some players. Offers have begun to arrive which cannot be rejected. 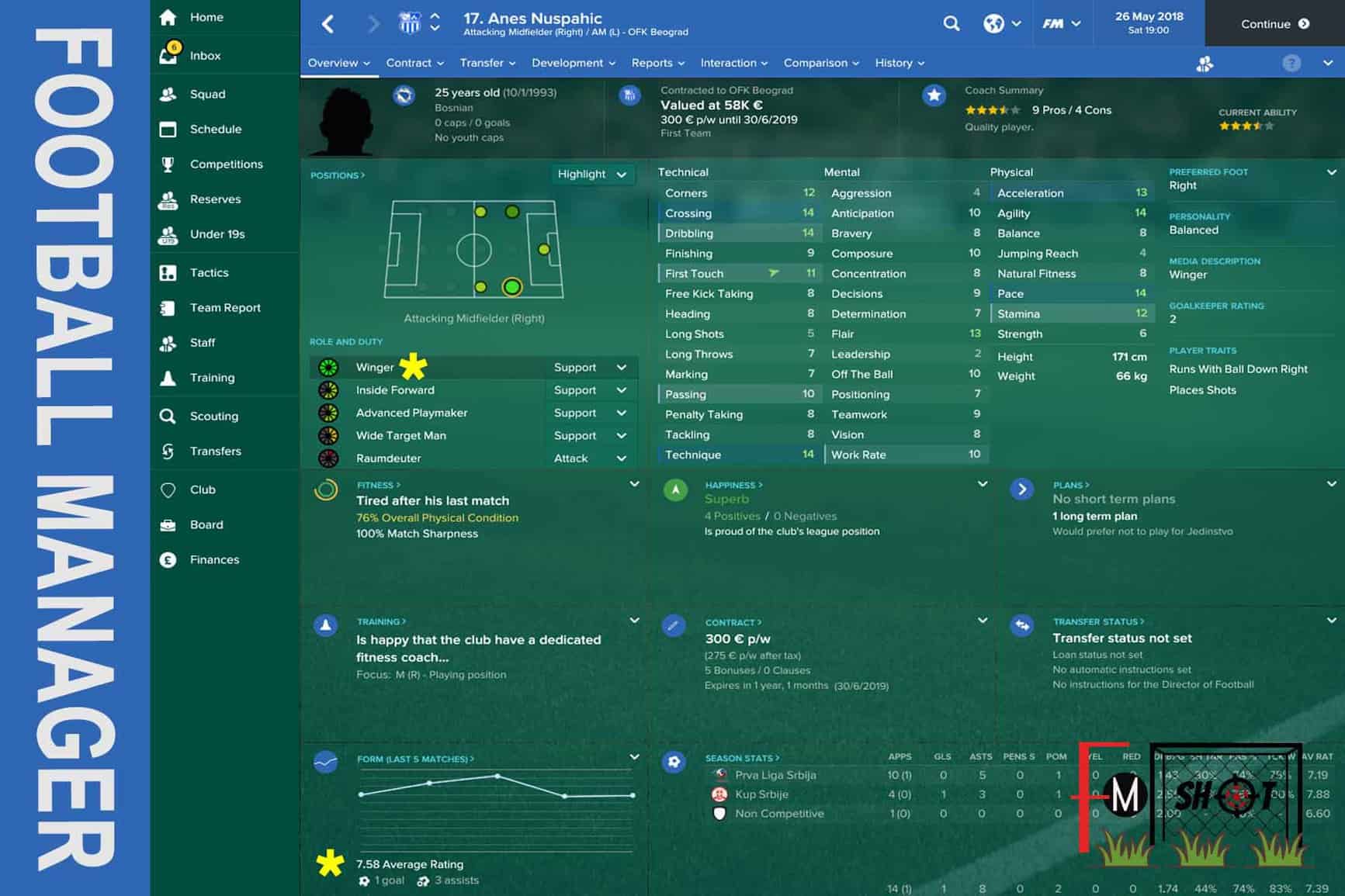 The pressure was big (debt) and each offer of 300K EUR would be automatically accepted by the Board.

If we only look at finances, this has been a successful season for OFK Beograd. Total profit was 1.2M EUR from transfers. 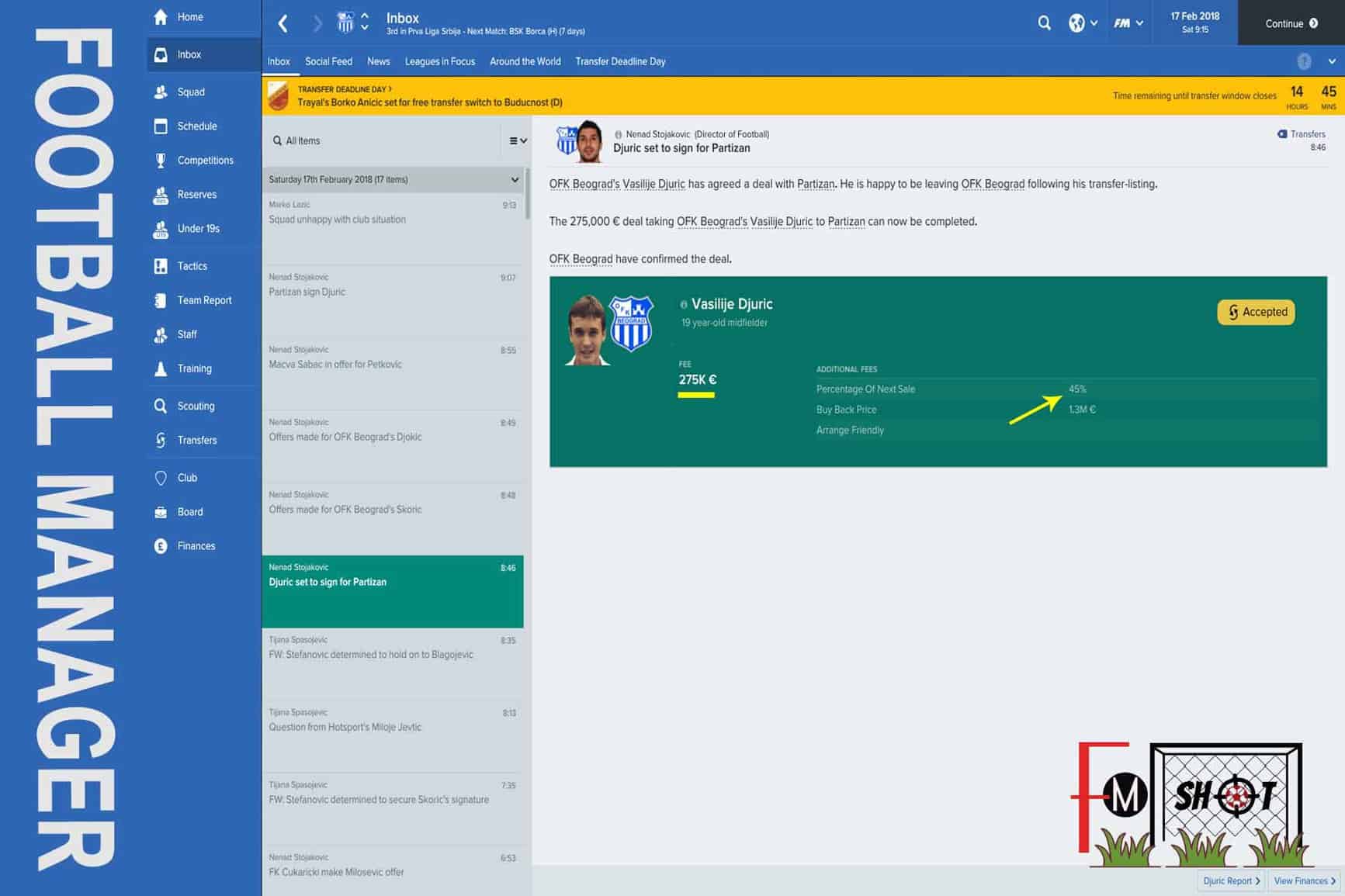 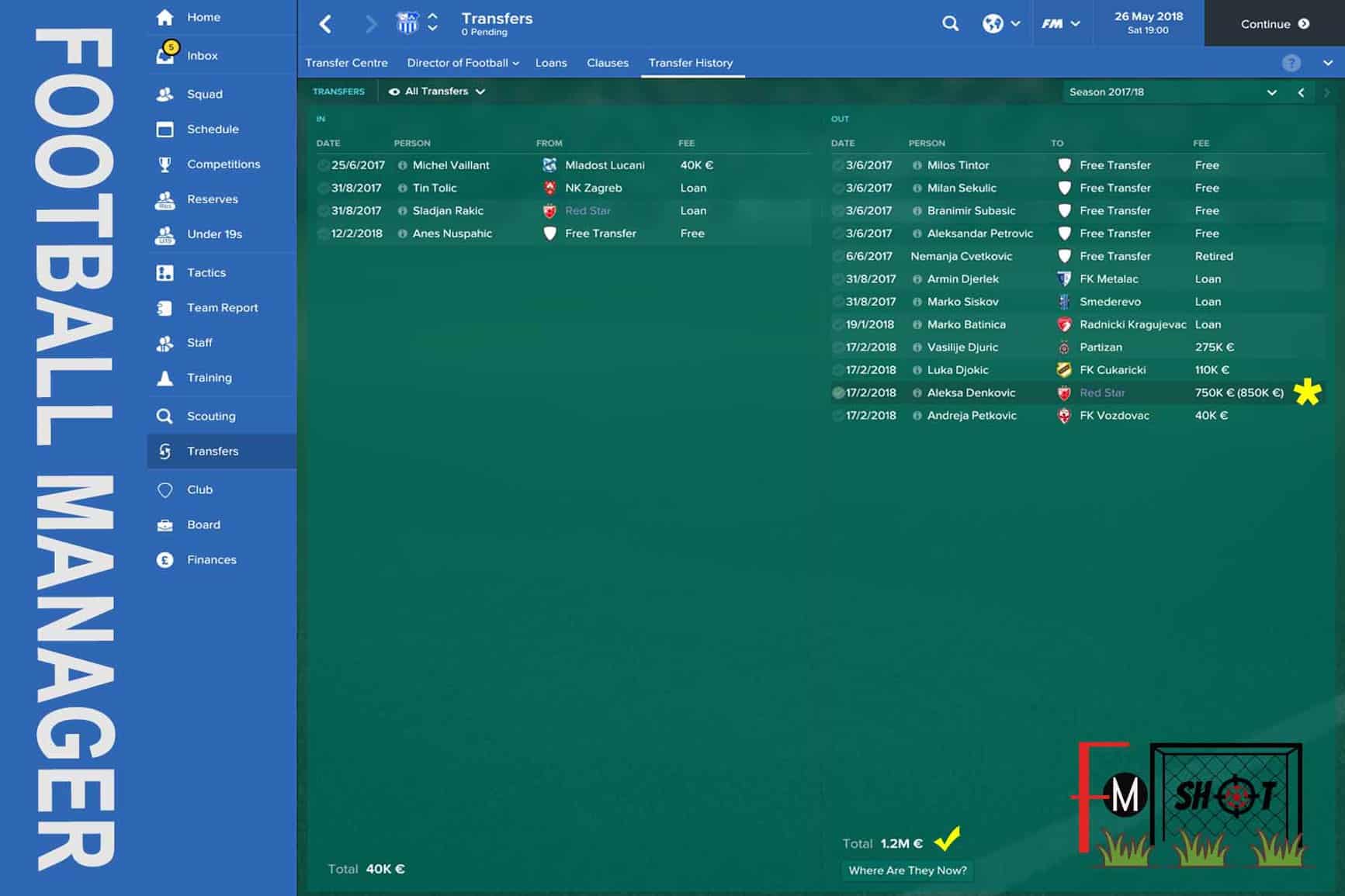 Now I’ll show you one interesting picture. The same club as the league but in Football Manager 2016. The total income is far greater than 1.2M EUR. 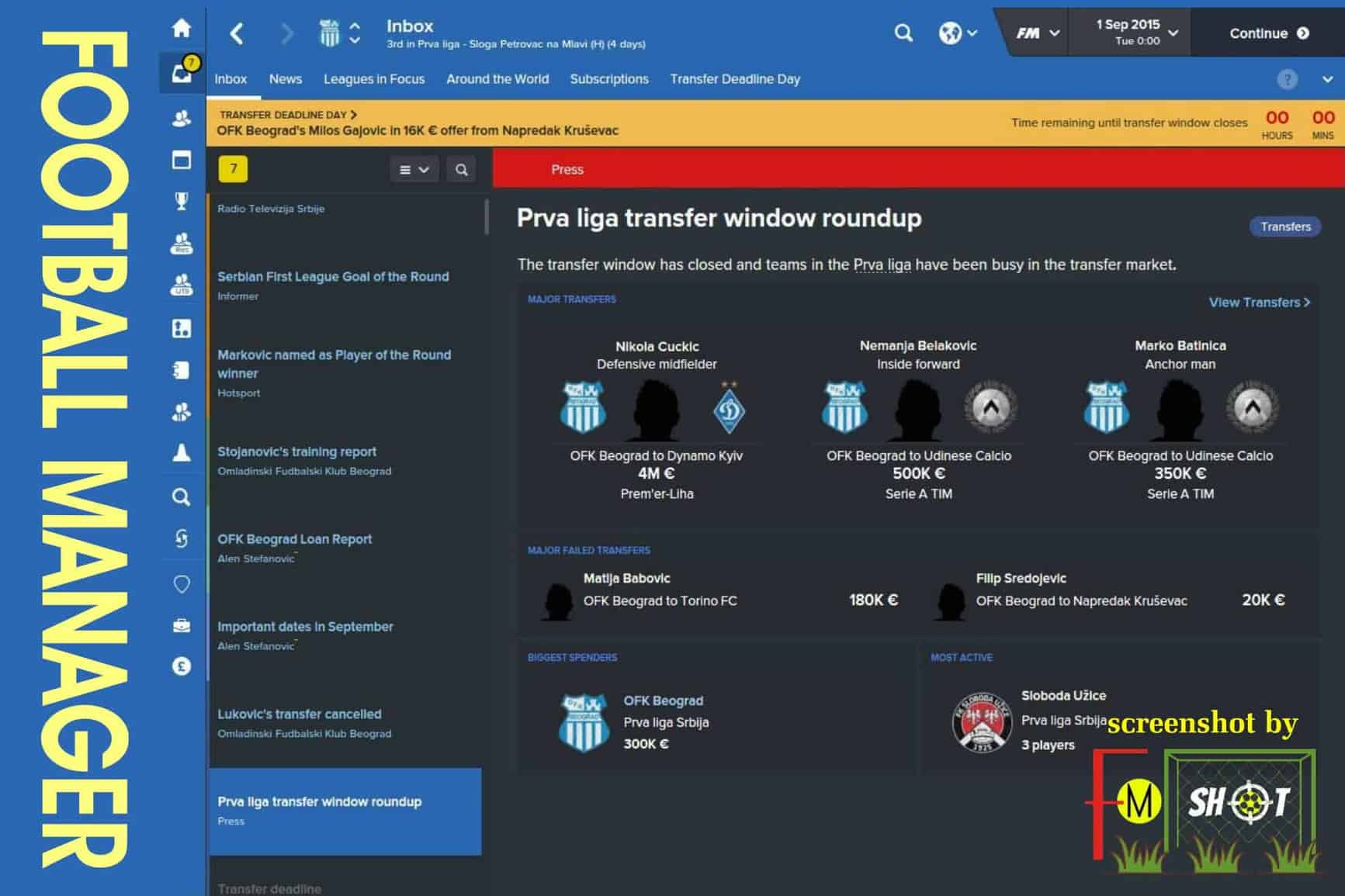 We dropped a lot of points at the beginning of the second part of the season and it was difficult to catch FC Jagodina.

The system began to fall apart because there are no key players.

It is hard to find a right replacement for the above players who left the club. The money is there, but there is no solution.

That’s why I decided to focus my attention on the Cup. 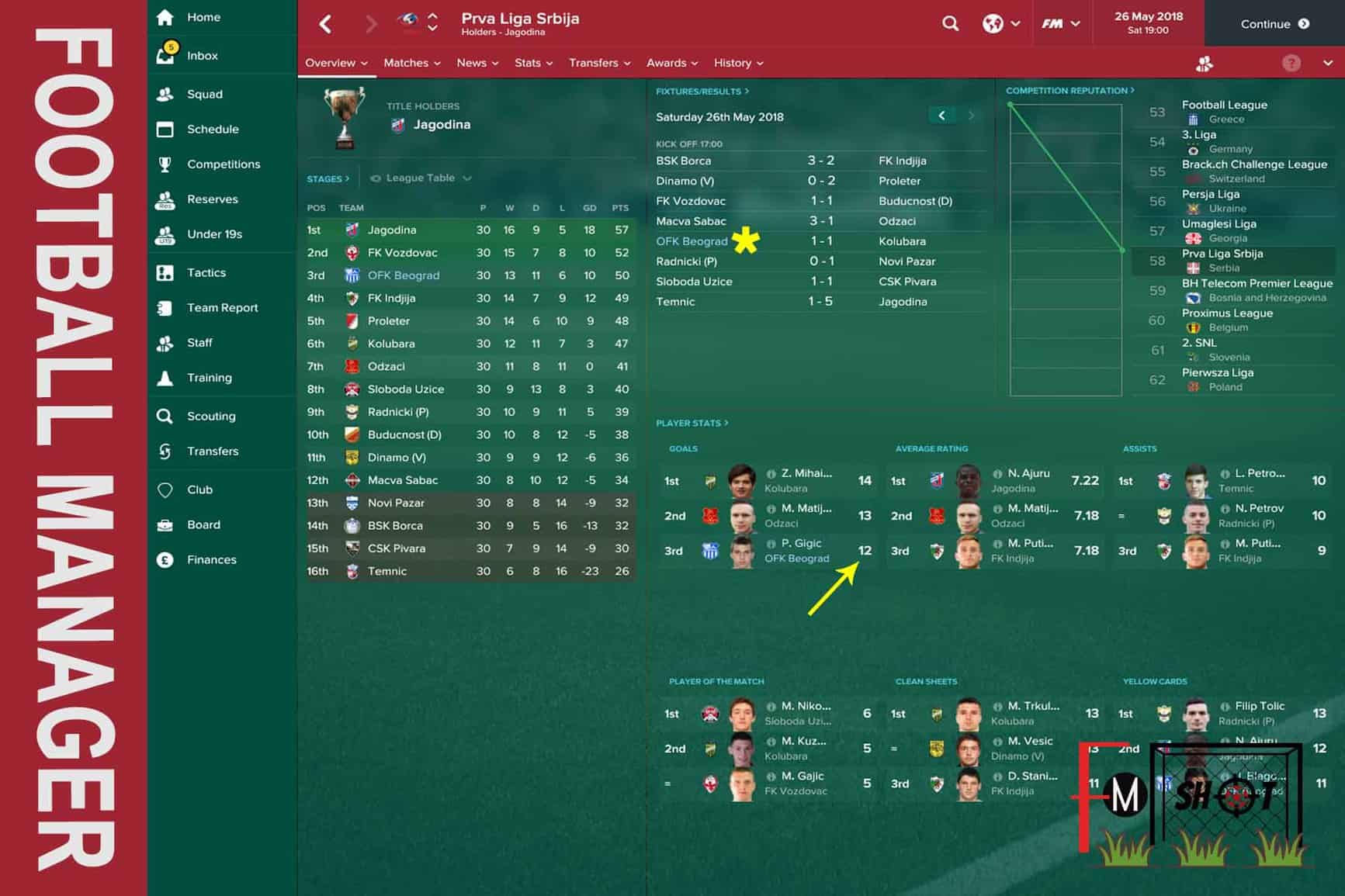 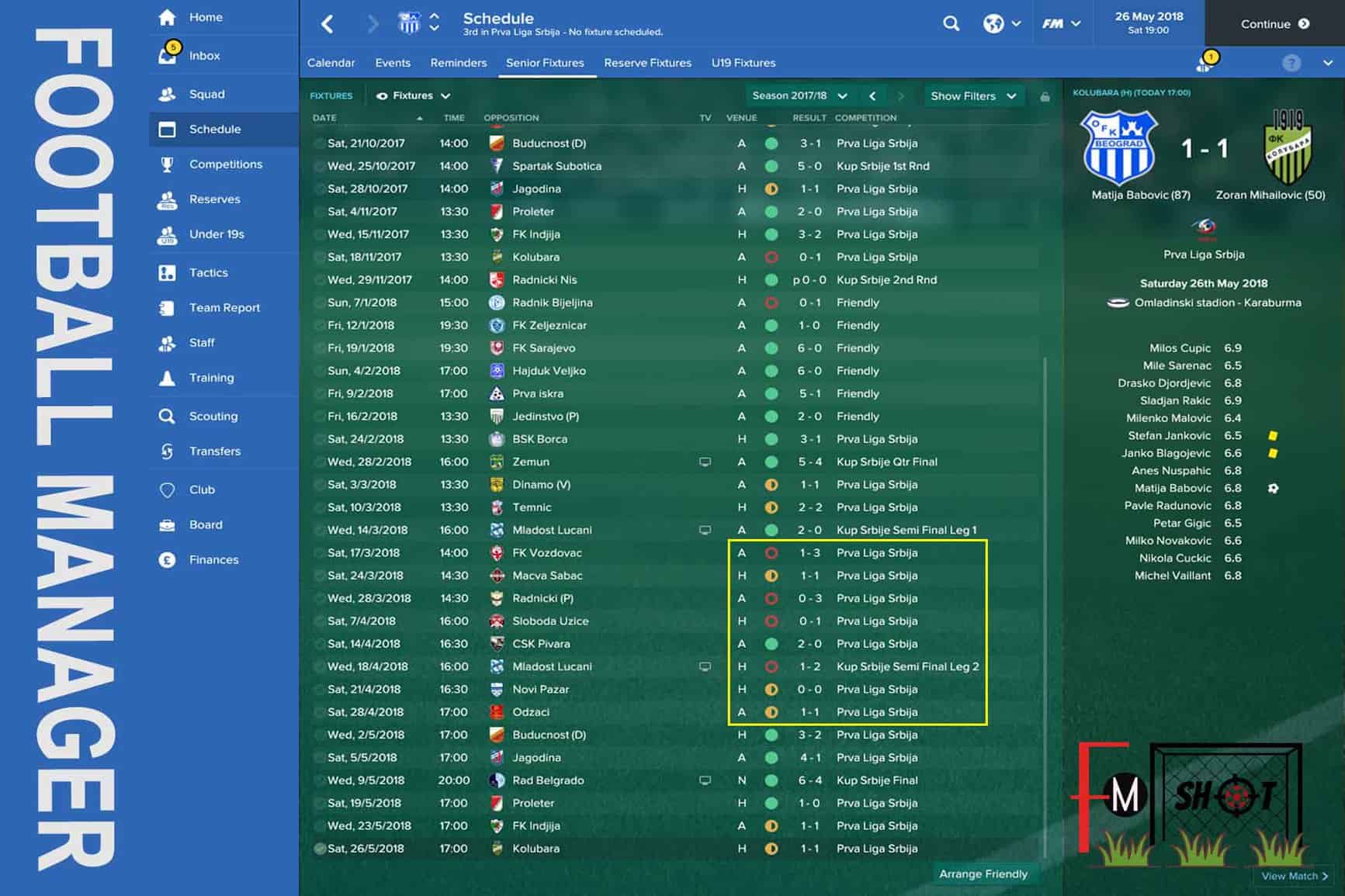 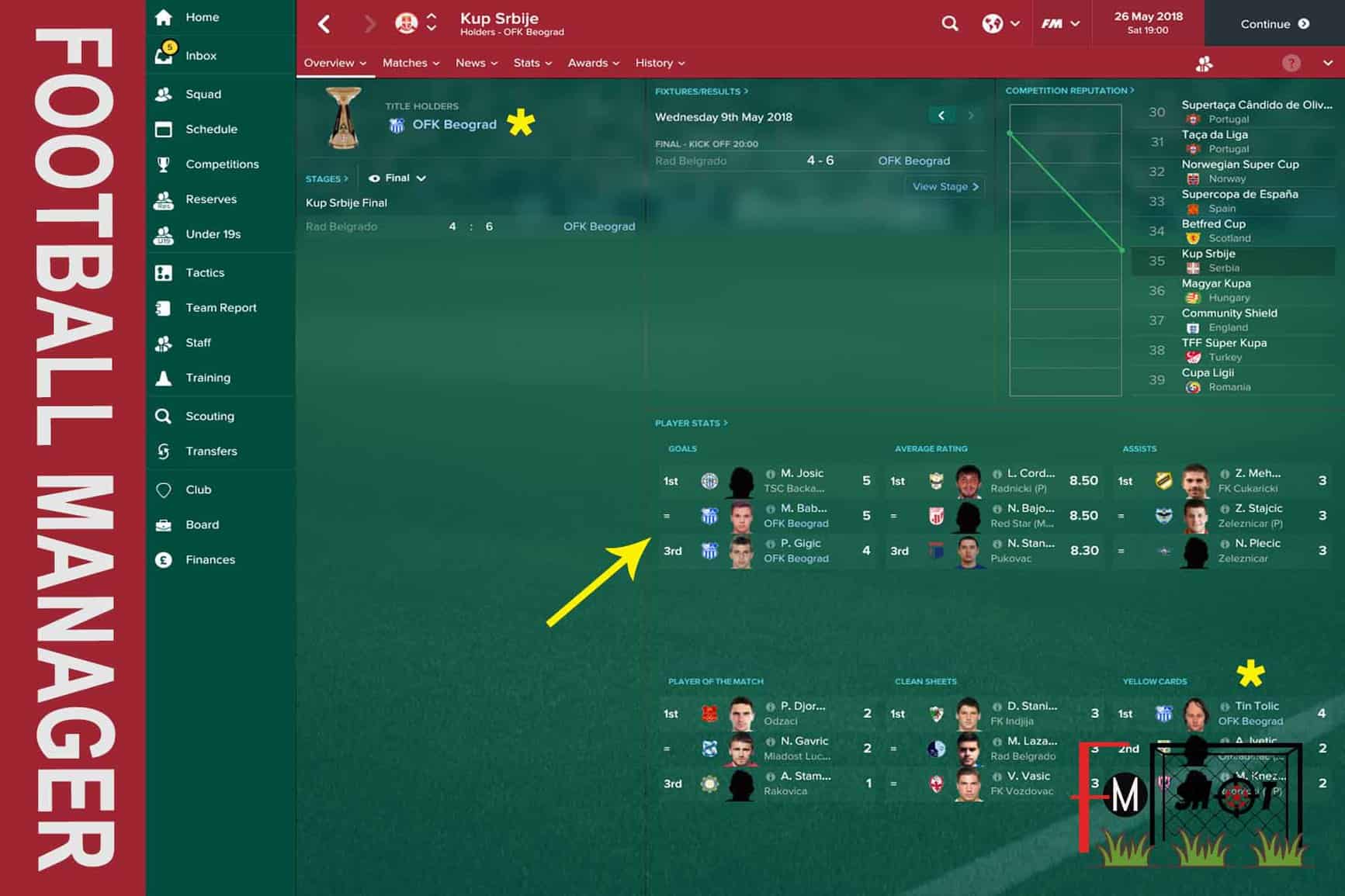 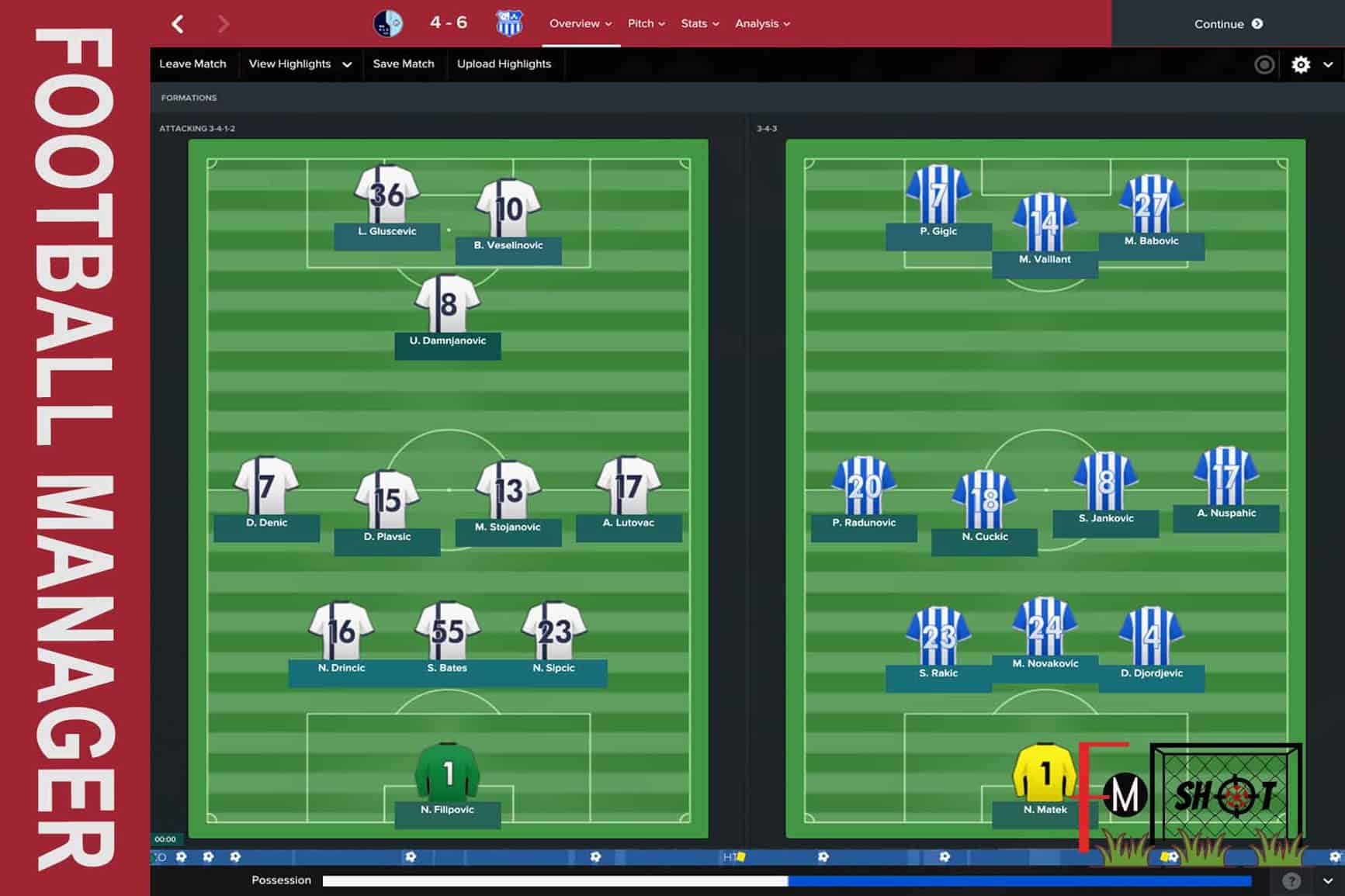 I managed to keep the 3rd place on the table which is good. I did not make a placement in SuperLiga.

I hope the next season will be better. But … I won the National Cup!

That was my primary goal because there were no strong teams.

The last two opponents have not been easy. I won in the finals by 6-4. I decided on a formation the 3-4-3 and did not want to change. Risk has paid off …