We hope you love the products we recommend! Just so you know, we may collect a share of sales or other compensation from the links on this page. Thank you if you use our links, we really appreciate it!

With recent technological advancements, you can easily get a budget-friendly PC that will effectively perform all your tasks, from handling programs and files to loading multiple applications at once.

Even better, you don’t have to break the bank in the process. This article reviews the top 5 superior quality PCs you can get for less than £500.

Which Desktop Computer Brand Is Most Reliable?

Microsoft is hands-down the most reliable computer brand.

From their cutting-edge technology to good-performance hardware, it is easy to see why they are a computer industry giant.

You can never go wrong with Microsoft, but if you are looking for reliability plus affordability, Lenovo could be the way to go.

What Should You Look for When Buying a Desktop Computer?

A PC is more than the monitor (screen) and the features you can see at a glance. When shopping, check the following:

Absolutely. While costlier PCs provide you with high-quality services, there is nothing to imply that a budget-friendly PC will not cater to all your needs.

There are currently numerous desktop computer choices from reliable brands for people who want a PC that runs effectively has sufficient storage and good graphics but doesn’t blow their budget.

Intel or AMD: Which Is Better?

Intel and AMD are all excellent processors that are often pitted against each other.

Additionally, they are well suited to single-core boosts and carrying out short workloads as they clock higher (over 5.0 GHz) than their counterparts.

That said, Intel processors use up a lot of battery life and consume power at high rates.

In contrast, AMD processors are very efficient and have commendable iGPU and CPU performance, but clock lower (up to 5.0 GHz) than Intel processors.

That said, they don’t heat up when used with speed boost, run longer on battery, and are cheaper than Intel processors at the same range.

What Is the Best Desktop Computer Under 500 Pounds? 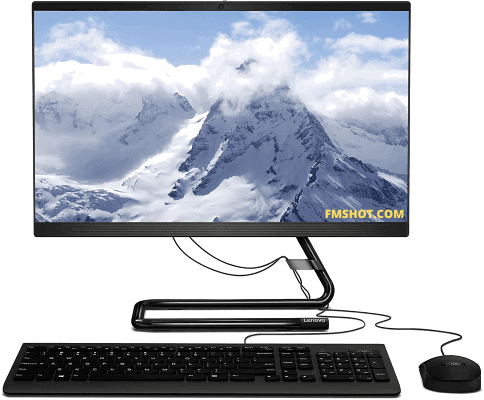 Lenovo IdeaCentre A340 (All in One PC)

The Lenovo IdeaCentre A340 is an all-in-one desktop computer that is perfectly suited to daily basic computing tasks.

The main advantage of this Lenovo PC is that it allows for a clean and tidy working space between your PC’s components due to its slim and orderly design.

Furthermore, this PC comes with unique features like added security and Cortana.

It comes with the 3-in-1 SD card reader for increased storage, and has other unique features that include …

– Can have hardware issues. 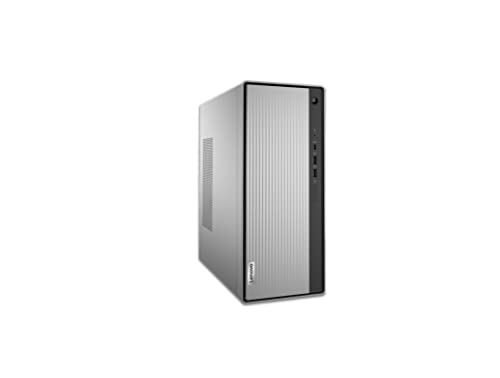 The Dell OptiPlex 5070 is most certainly the most affordable type of Dell Desktop PCs.

Its portability (weighs only 1.17 kg) and fast wireless networking and Ethernet cards also make it the best suited for home office works.

Furthermore, it comes with solid-state drive storage and a powerful 9th Generation processor by Intel with a base speed of 2.20 GHz.

It allows you to comfortably bring your work home thanks to its upgraded BIOS system configuration for your office system.

Other unique features include … 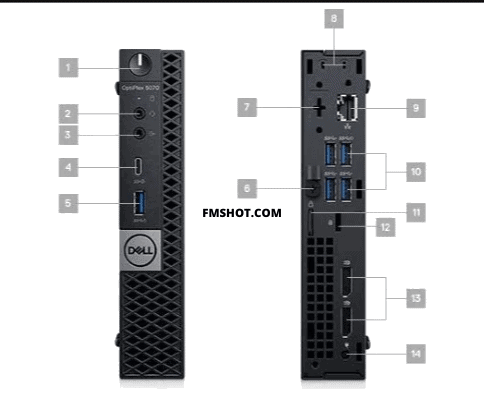 The Acer Aspire XC comes with an impressively powerful graphics card and 2TB supplied storage, making it the best choice for photo editors and graphic designers.

It is also ideal for daily computing operations due to its massive collection of ports and other special features that include: 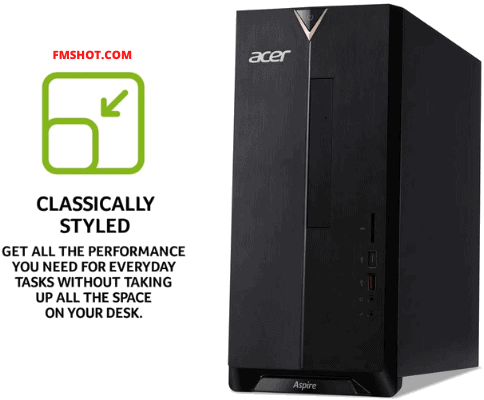 + A lot of storage space.

+ Can work with 2 screens due to HDMI and VGA connections.

– Does not come with a mouse and keyboard.

This is because of its generous array of port selections and 9th Gen.

PC that functions with a base speed of 2.90 GHz to a maximum turbo speed of 4.0 GHz. Additionally, it boasts of unique security features such as the TPM 2.0. Other features are … 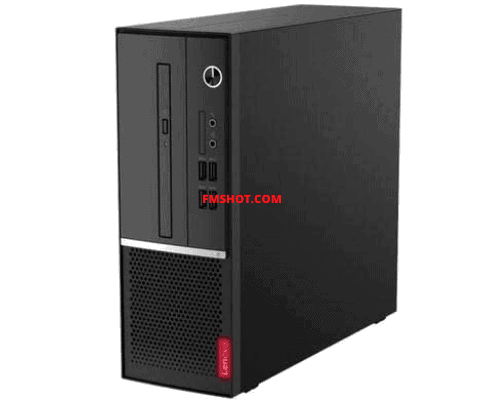 – Can have hardware issues.

– Not easy to repair. 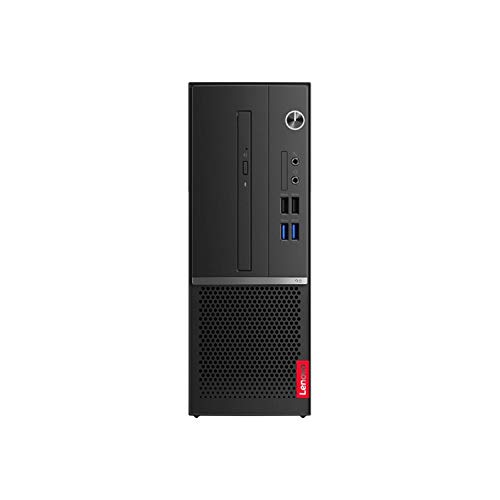 This Lenovo ThinkCentre M90n Nano Desktop PC is well known for its impressive size and price – it is the most affordable PC on this list.

Thanks to its miniature size and horizontal design, it not only enables you to carry out daily tasks easily but to comfortably multitask for long periods. Other features include …

– Does not allow internal expansion.

When looking for the right desktop computer for your home office, everyday use, school work, or designing business, your focus should be on which PC will best perform your daily operations.

This list of the best desktop PC under 500 (UK) is a great place to start.

Remember, s less expensive PC is not an inferior computer, and you can get a lot from such a budget save while maintaining your bank account.