After three years at the club, I managed to make a good system. In the first season, the budget was EUR 200 000, and now it is ten times higher.

OFK Belgrade is no longer in the Serbian Second League Belgrade, but one step further.

Of course, players have the greatest merit.

But all this would not be possible that I do not have the right people in the option – staff members. They are the “main culprits” for good results in the club. 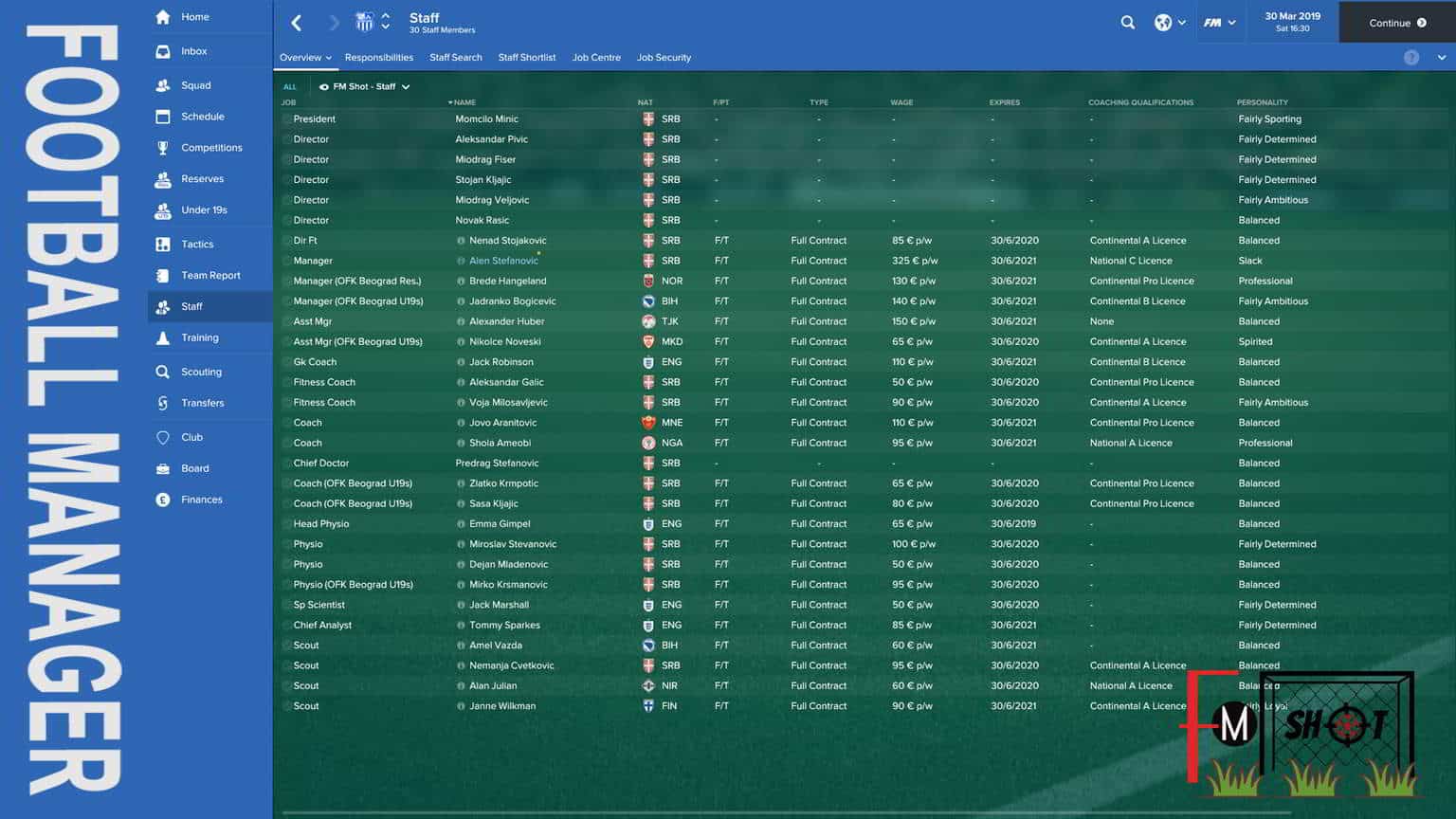 As you can see, the wages of the experts are small.

It is highly probable that most of them would be in charge of Under 19s in a stronger league. But here, they have more authority!

It’s a joker from the sleeve which is used during negotiations. Below is a mini-list – TOP 5 names that can be of great help if club finances are unstable.

Ameobi made his senior debut playing for Newcastle against Chelsea on 9th September 2000.

After making his Nigeria debut against Venezuela in November 2012, he went on to make 10 appearances and score 2 goals for his country. 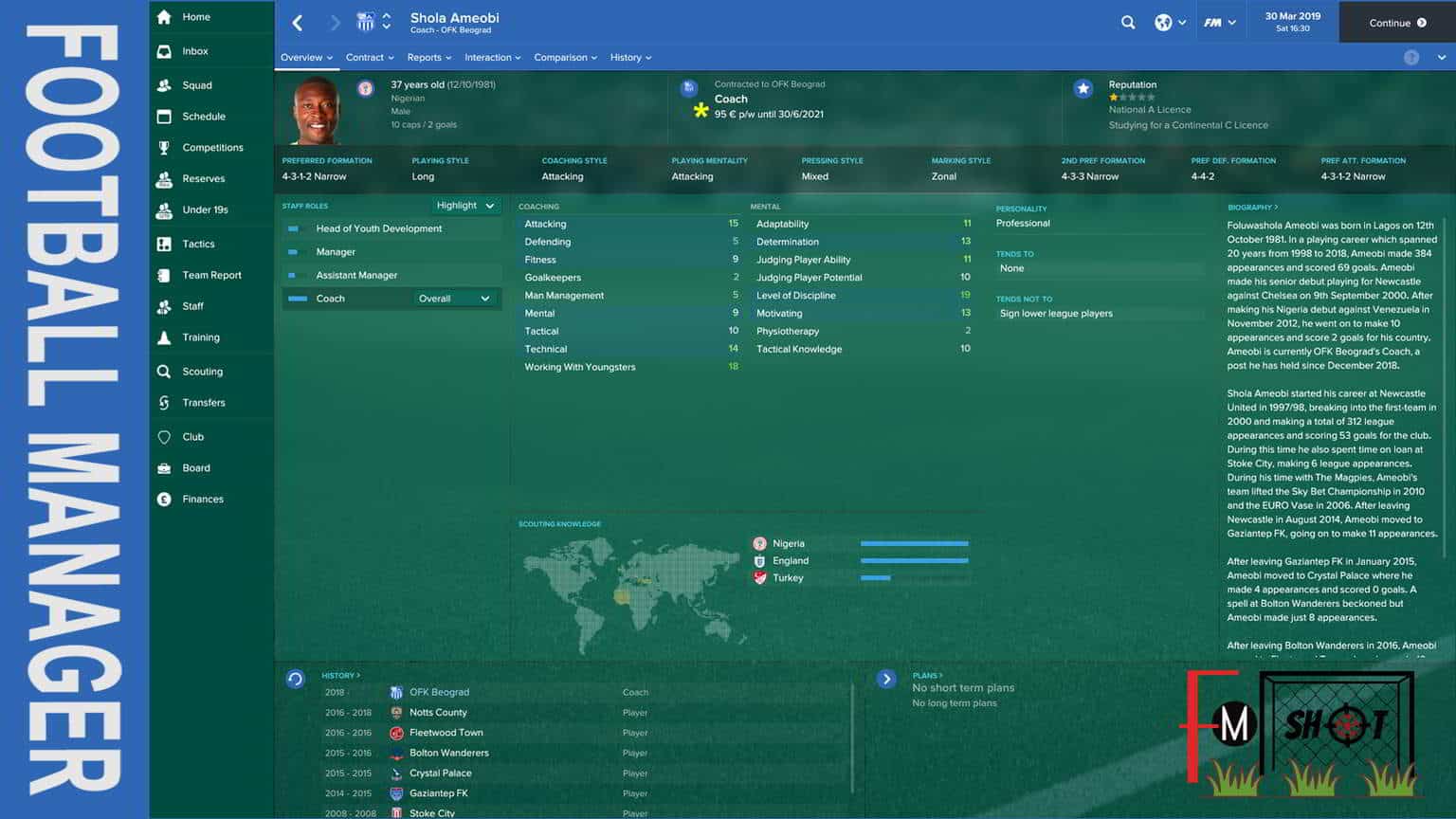 In 2003 he moved to FCK Salamat. Wilkman finally hung up his boots at the age of 26 in 2006 following a short spell with MP where he made 21 appearances. 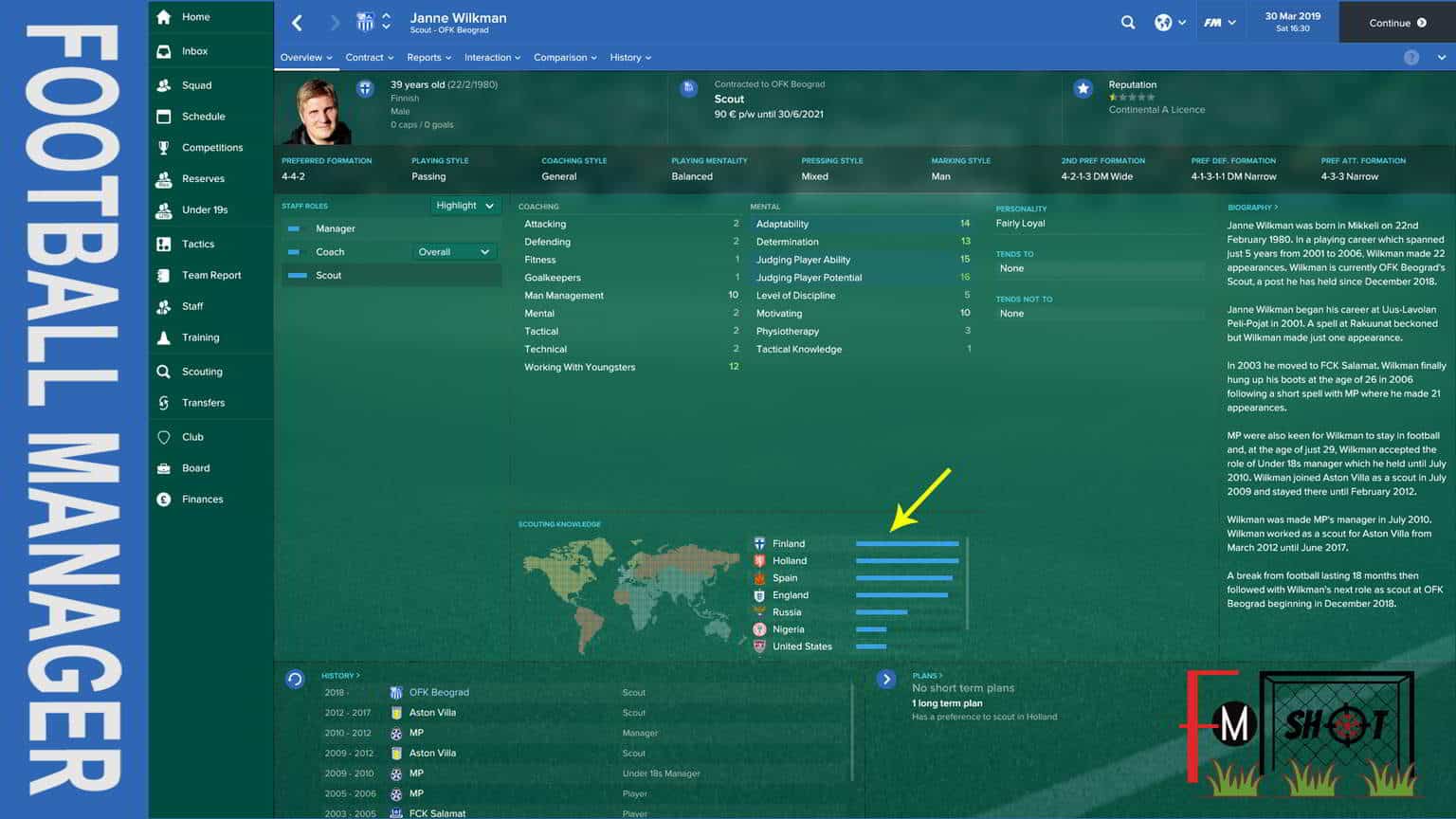 Miroslav Stevanovic was born in Loznica on 16th January 1987. Stevanovic’s first non-playing role was as Radnicki Kragujevac’s head physio, a position he held from July 2013 until December 2017.

Stevanovic then moved to become physio at OFK Beograd.

After making his Norway debut against Austria in November 2012, he went on to make 91 appearances and score 4 goals for his country.

He began his career at Vidar FK in 1997 but failed to make a league appearance during his 3 years at the club.

After leaving Vidar in January 2001, Hangeland moved to Viking FK, going on to make 133 appearances. His team lifted the Cupen in 2001.

After leaving Viking FK in January 2006, Hangeland moved to FC København, going on to make 63 appearances.

During his time with The Team of the City, Hangeland’s team lifted the Superliga in 2006 and 2007 and the Royal League in 2006.

After leaving FC København in January 2008, he moved to Fulham, going on to make 216 appearances.

He finally decided to hang up his boots at the age of 35 in June 2016 after two years playing for Crystal Palace, but there was no intention to leave the game he loved. 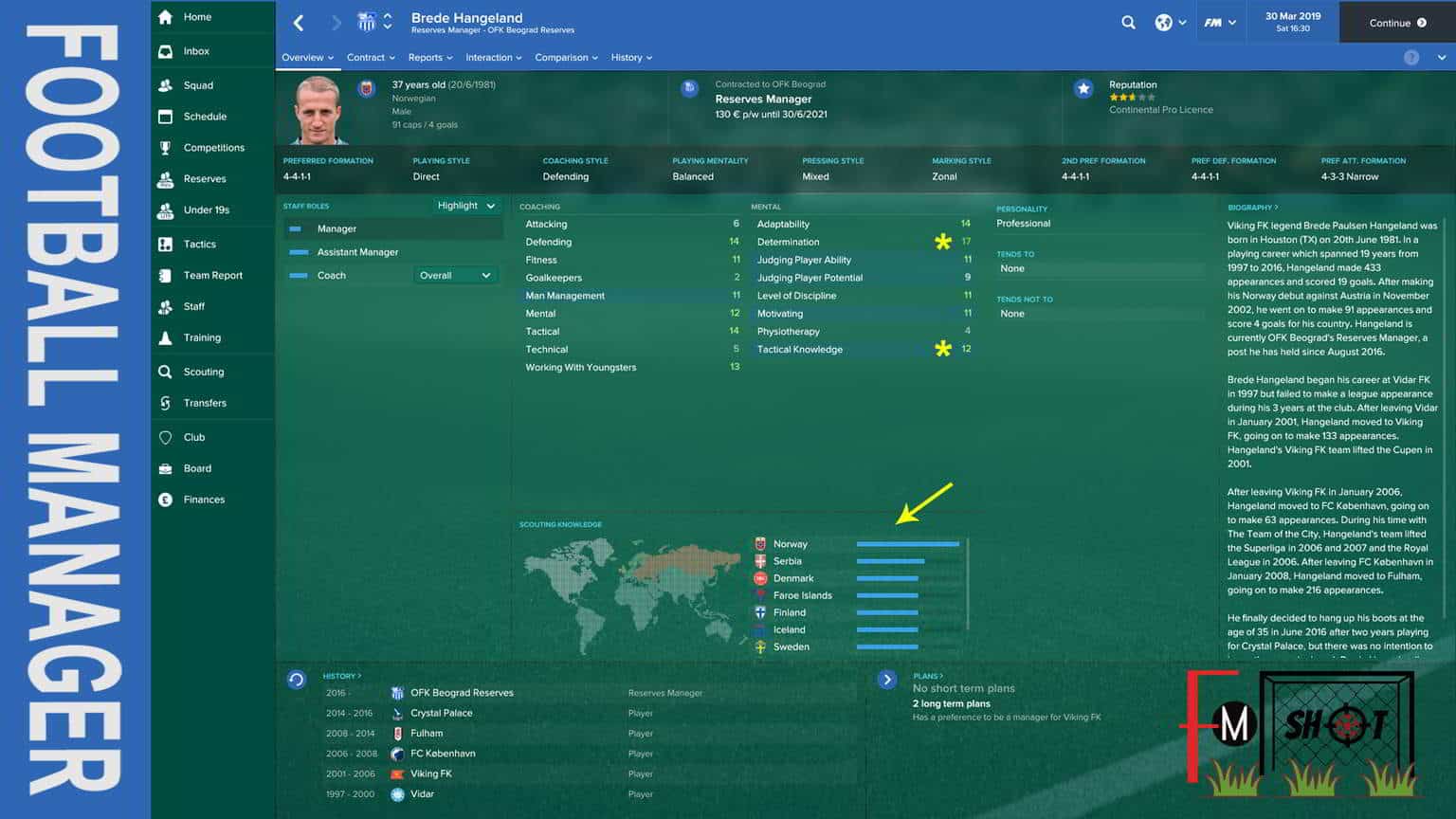 Jadranko Bogicevic began his career at FK Milici in 1998/99. After leaving Milici in 2000, he moved to Rudar (U) where he remained for a year.

After leaving Rudar (U) in 2001, Bogicevic moved to Jedinstvo (Br) where he stayed for two years. A spell at Red Star beckoned but he made just 2 appearances.

Bogicevic moved back to Jedinstvo (Br) in 2006 but he stayed only briefly, making a further 12 appearances.

After leaving Jedinstvo (Br) in 2006, he moved to Modrica, going on to make 73 appearances.

After leaving Modrica in 2009, he moved to FK Zeljezničar, going on to make 76 appearances.

After leaving FK Zeljeznicar in June 2013, moved to Ramat HaSharon where he made 7 appearances and scored 0 goals.

After leaving Ramat HaSharon in January 2014, Bogicevic moved to Olimpik Sarajevo, going on to make 41 appearances.

Vukovi lifted the Kup Bosne i Hercegovine in 2015.

He finally decided to hang up his boots at the age of 34 in June 2017 after two years playing for FK Zeljeznicar, but there was no intention to leave the game he loved.

Of course, there are still good experts in the club, but I would not talk about it now.

Now I would like to hear your opinion in the comments below. Do you have an interesting name for the option – staff members?