This season, Roma sent a message to rivals “count on us” in the race for the Scudetto.

I have to admit there have been ups and downs when it comes to form, but we are becoming a serious team.

Juventus is still one step ahead of us, and the secret of their success is the great rotation of players.

However, Sampdoria is the biggest surprise in Serie A considering the fact that we lost 0-4 at The Luigi Ferraris Stadium. 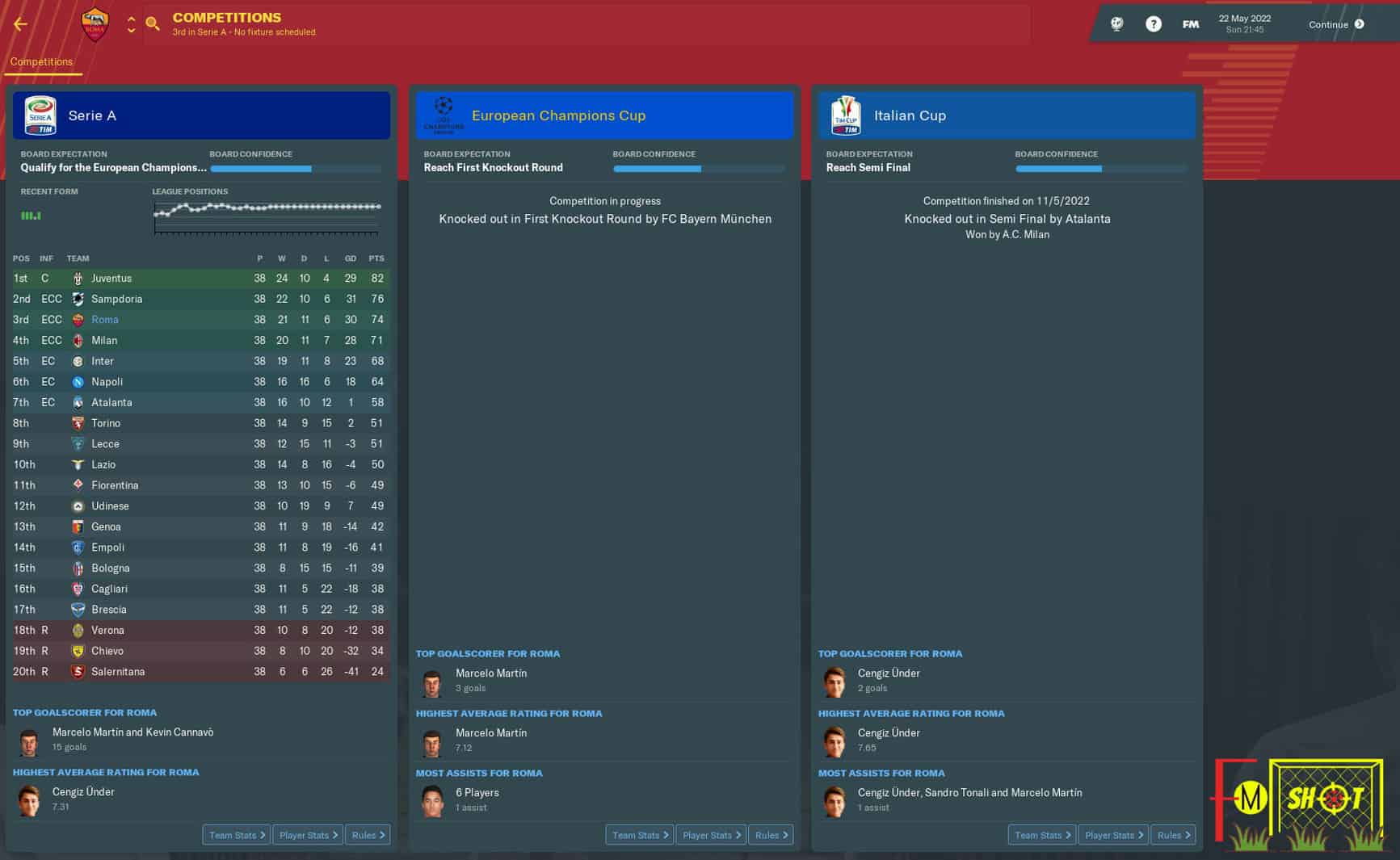 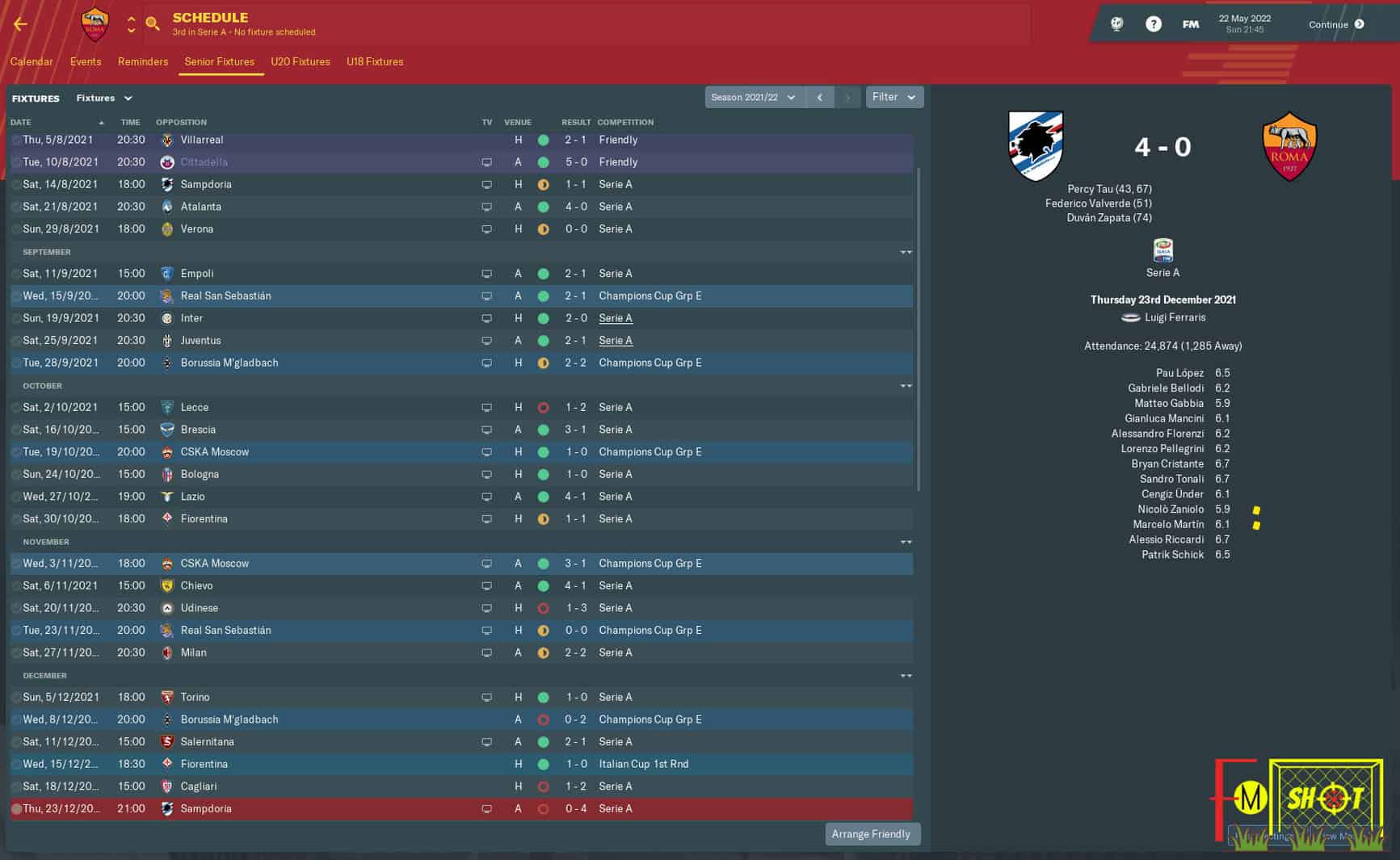 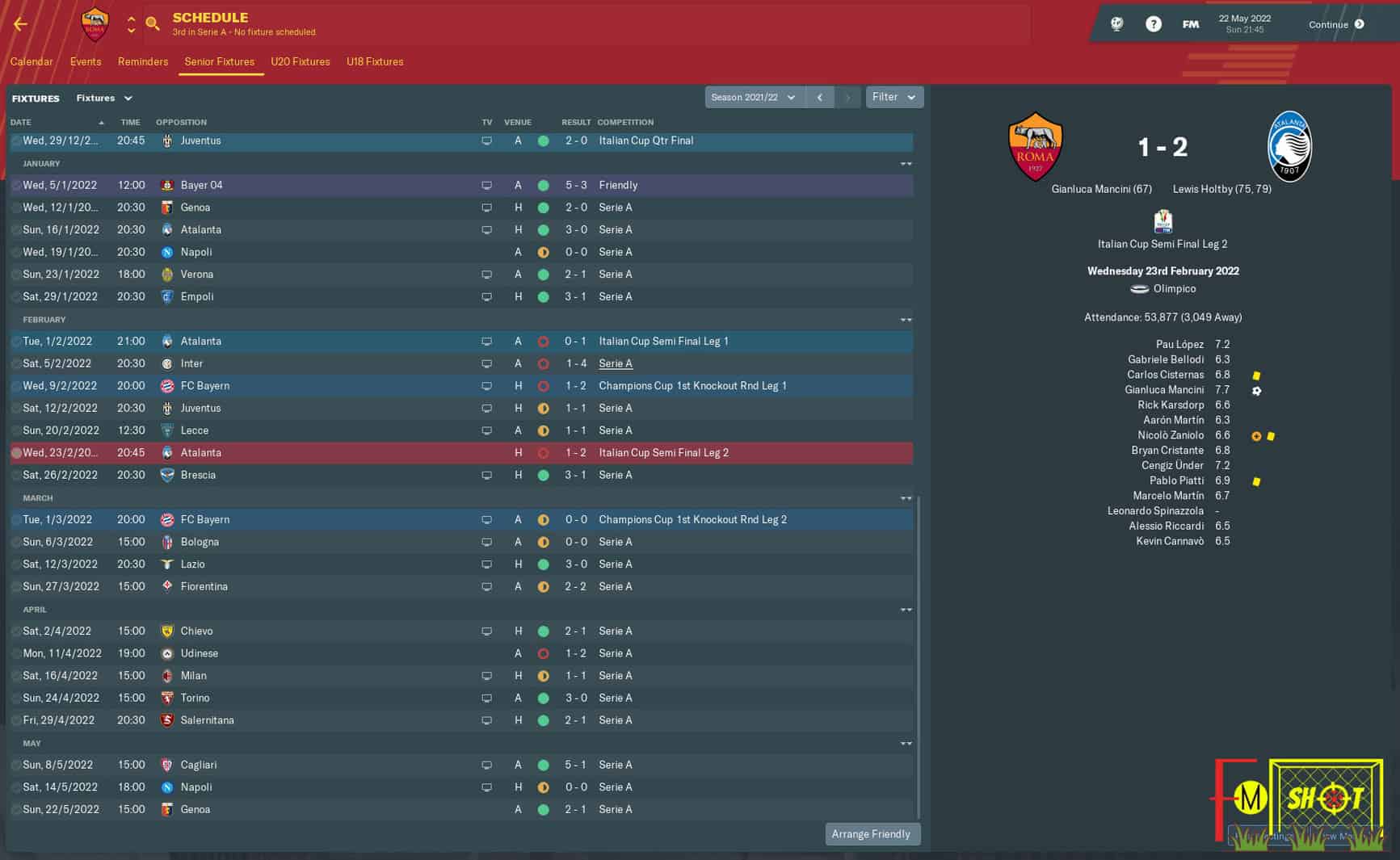 I wanted to see some new names on my computer screen, and that pleasure cost me €97 M.

Advantage had the home players but the real gem I’ve found outside Italy (Marcelo Martin ST).

Of course, I also made a few mistakes when scouting certain players, but that’s the charm of playing Football Manager.

There are different levels of the game where certain experiments have great value. 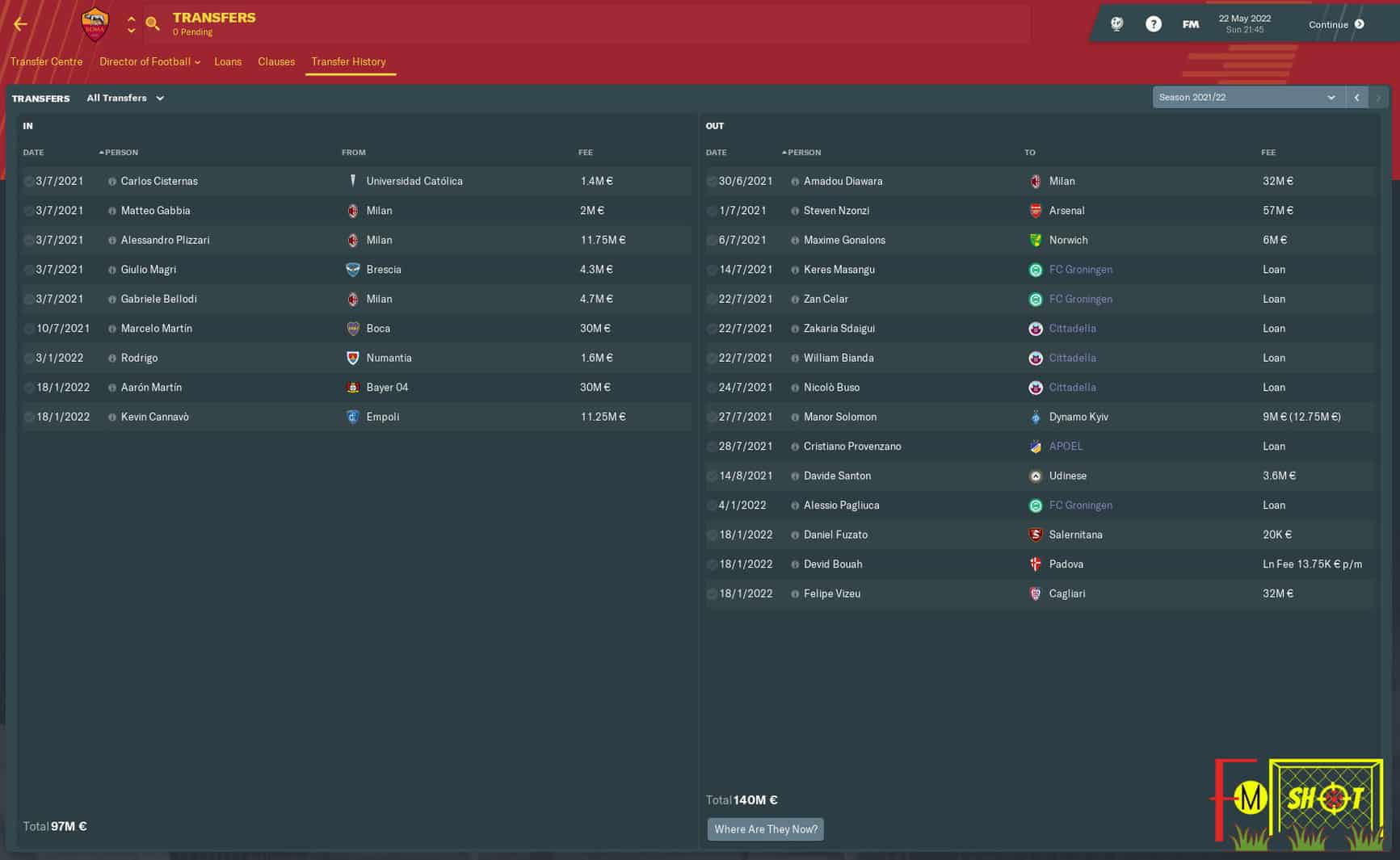 Defense is the weakest point of the team!

How serious the situation is is shown by the fact that Steven Nzonzi (32) and Maxime Gonalons (32) are playing at the position of a centre-back.

They are doing a fantastic job, and there is Gianluca Mancini who justifiably has the squad status – First Team.

Everything has been fine until Arsenal sent a €57 M bid for Steven and Norwich a €6 M bid for Maxime.

What is common to these players is the possibility of leaving the club at the end of the season.

Interestingly, no one expressed a desire to stay in Roma (new contract).

I gave the green light for the realization of the mentioned transfers because I had a plan on how to spend the additional €63 M.

I invested money in infrastructure (training and data analysis facilities), and the rest went to the transfers.

The search for a striker

The logical move is the arrival of a superstar, like Robert Lewandowski, who would have cause great euphoria among the fans.

I’m joking of course because the transfer is not possible for several reasons.

First, there is a clause in my contract “sign young players for the first team” and the second problem is of a financial nature. 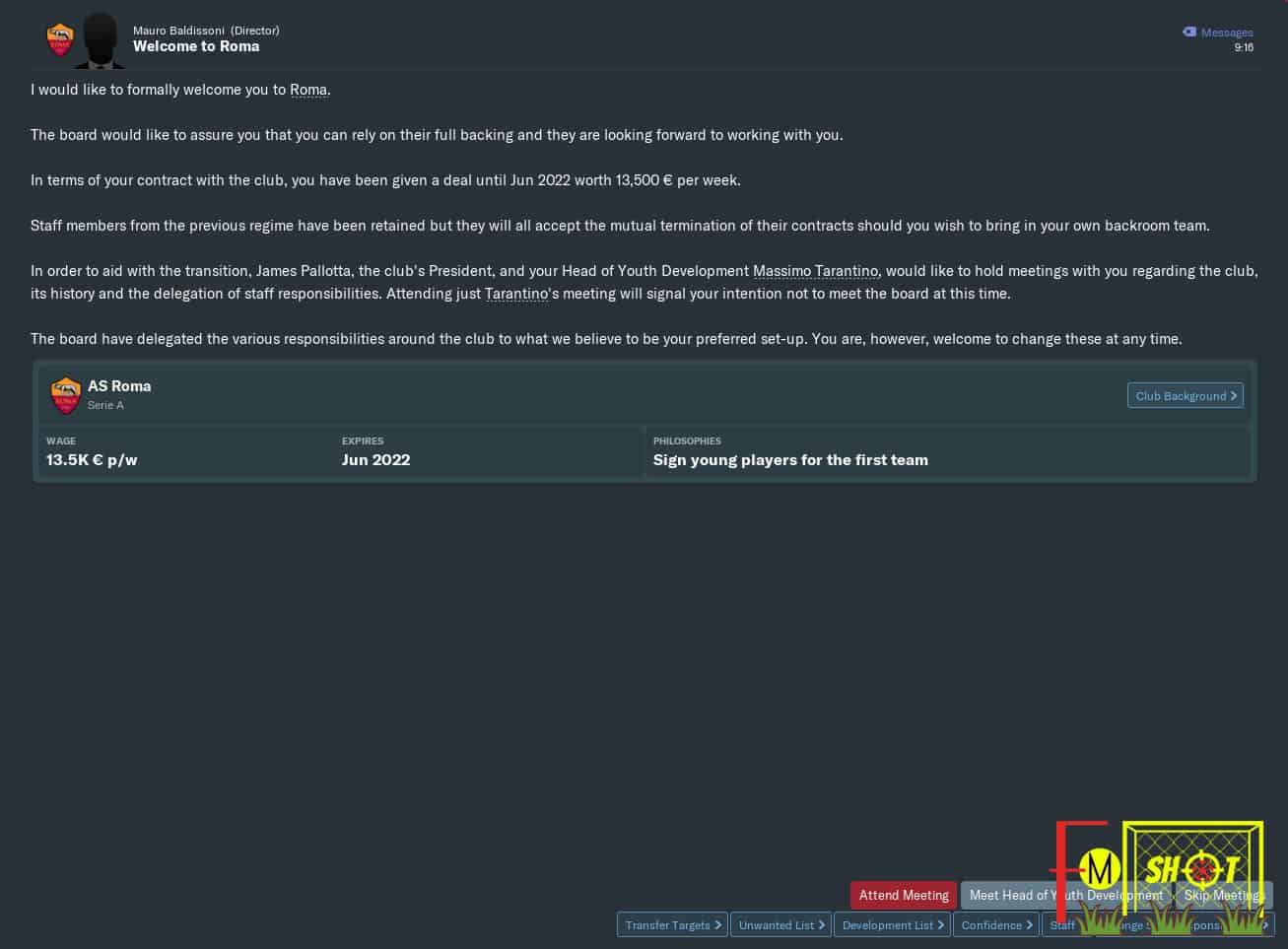 So I focused my attention on Argentina and Brazil to find the right striker for my team.

Patrik Schick (ST) is lonely in the attack, which is not a good sign.

Very quickly I received an email where the scouts informed me that they had found a striker who was described as a wonderkid.

Boca has requested € 30 M for his signature, which is quite ok. But I didn’t count on having a competition – PSG.

They saw Martin as a player for rotation, and I as someone who would have a Key Player sticker on his back and a 5-year contract.

When we talk about the Italian Cup, the fact is that we did not leave a good impression in this competition (knocked out in semi final by Atalanta).

But if I do the analysis we will see that Roma lost a lot of points in February.

What could be the cause of poor form? Tactics? – No. Fixtures? – No. Injuries? – That’s right.

Some things we can’t predict, but there is always the possibility of hiring new experts, first of all I mean physios and fitness coaches.

After that, I needed to choose the players for the rotation more carefully, and I skipped these steps which is a big minus. 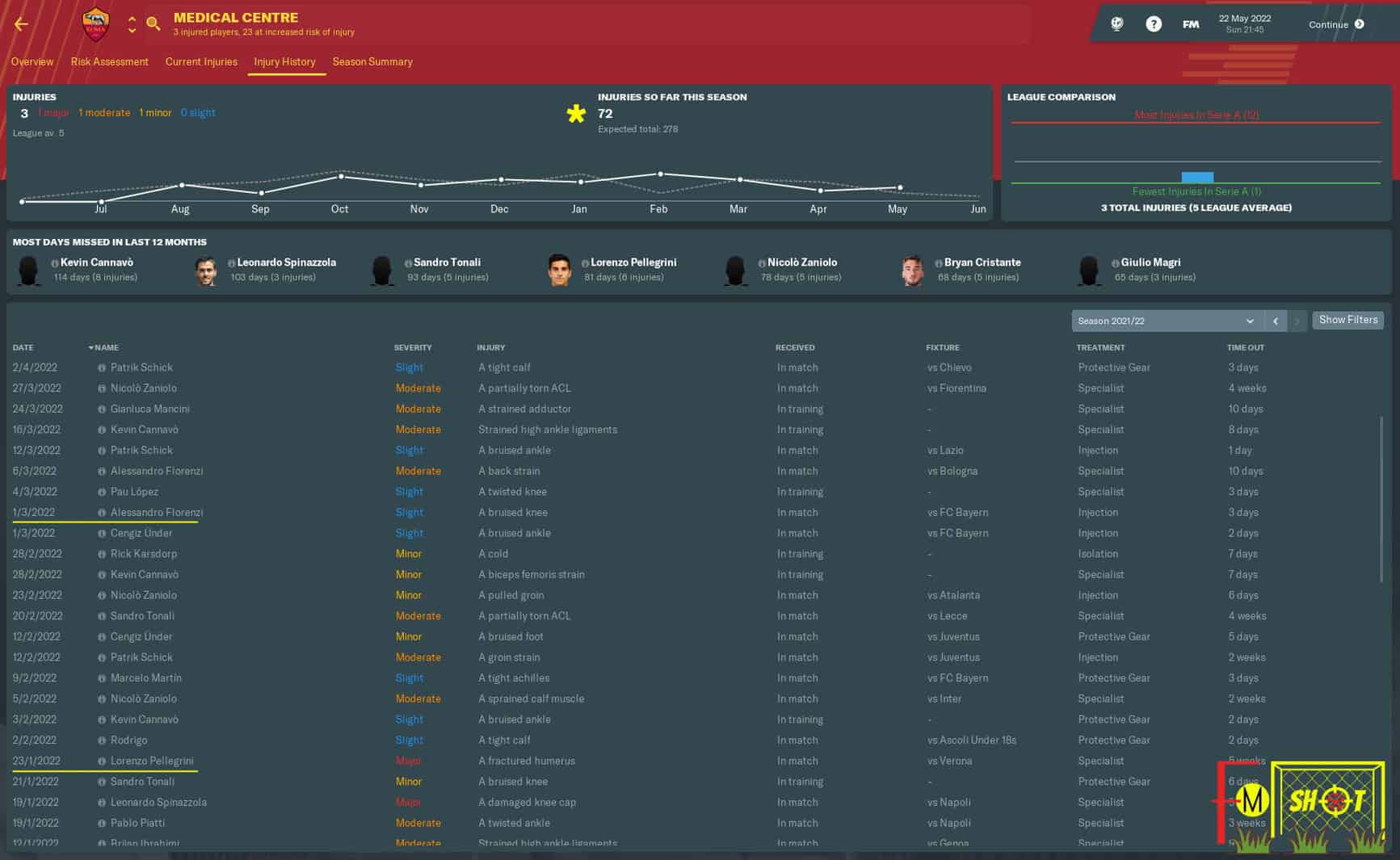 Offense is always the best defense! – I agree. But now we are not in a position to play attractive football.

Therefore, it is important not to make a mistake about choosing a formation when going to another city.

I opted for a 5-2-3 WB system that performed very well on the pitch. 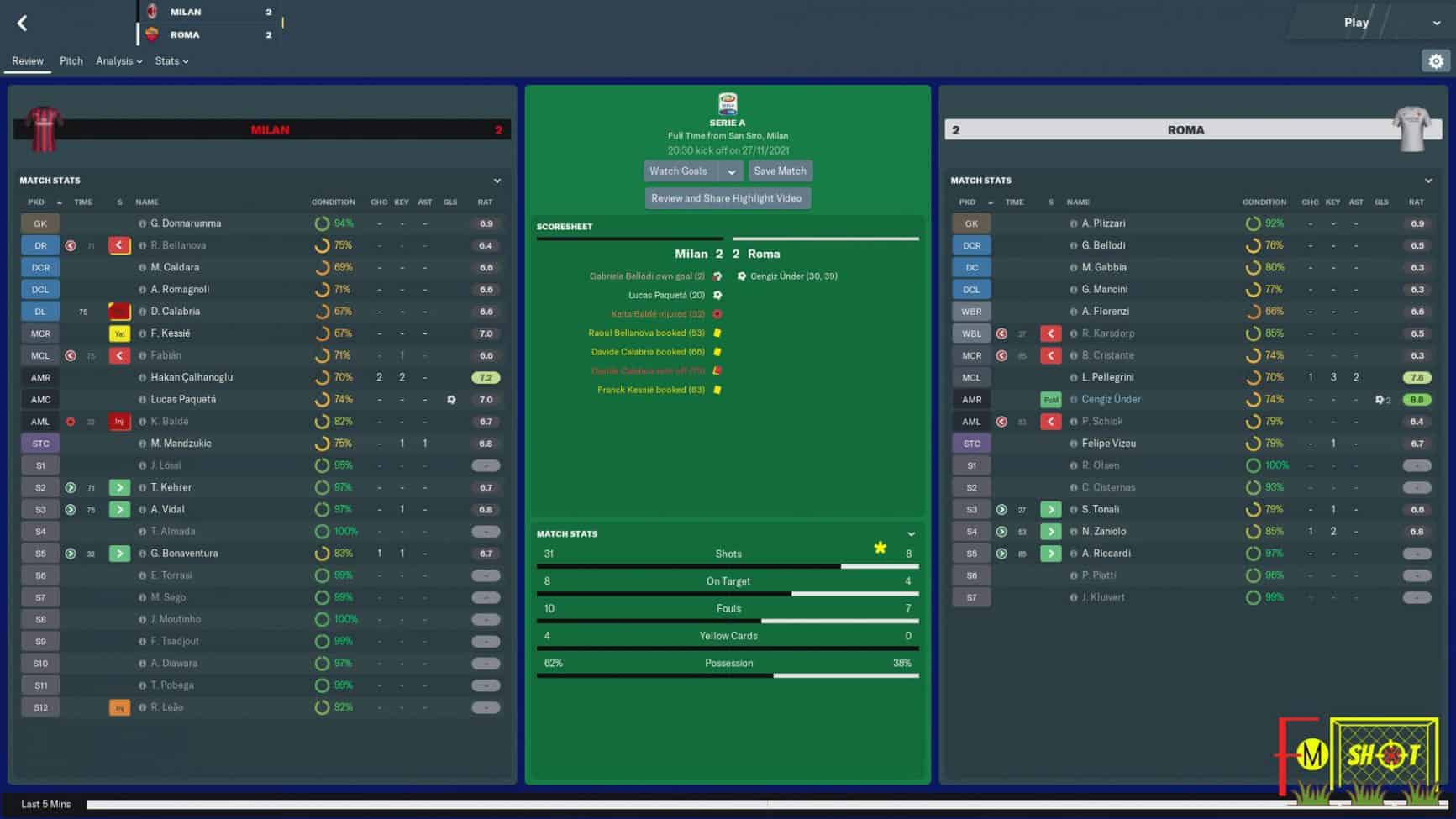 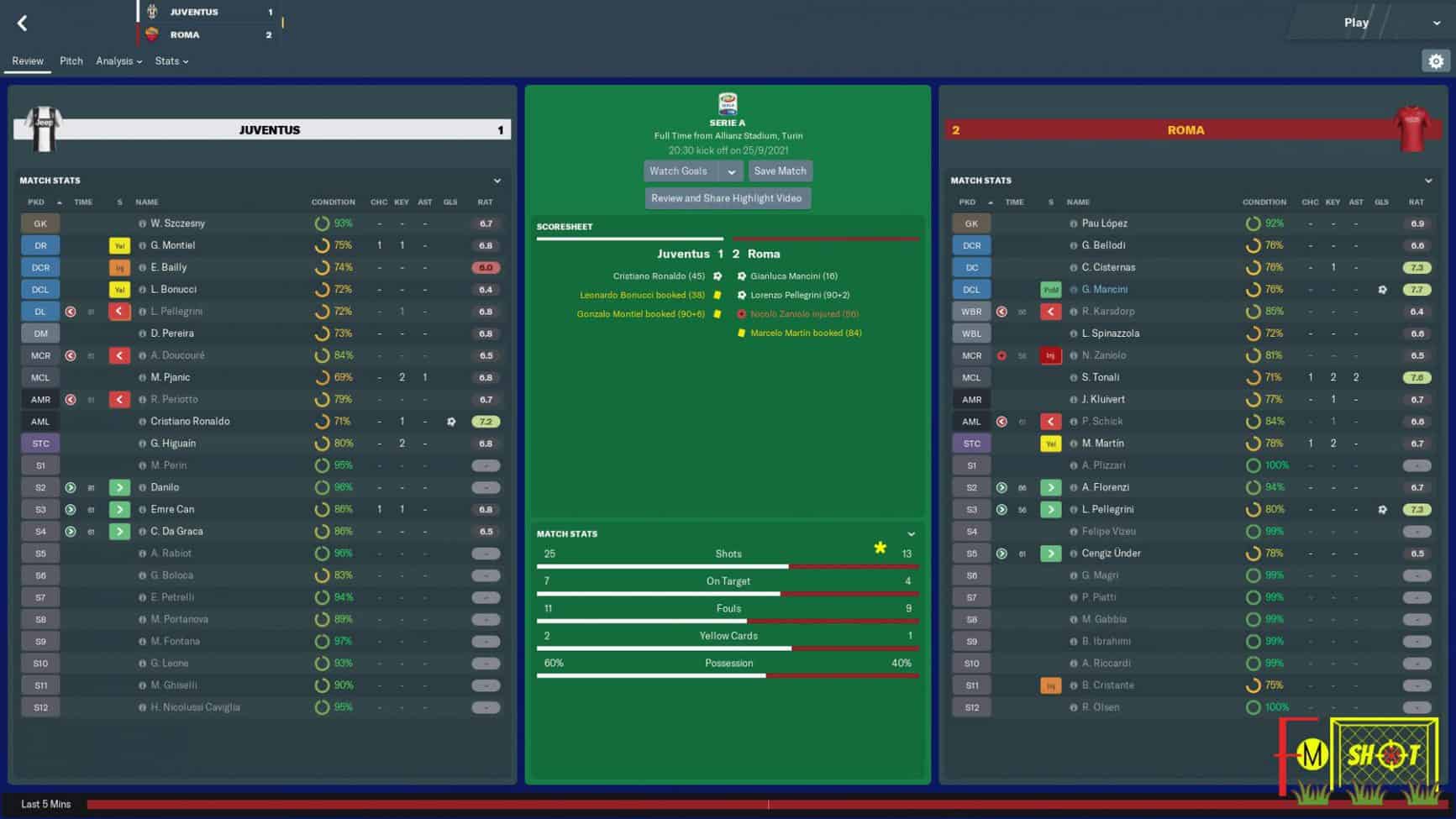 As you can see the opponent has more possession of the ball, more shots towards our goal, but it is difficult to take 3 points against us.

Players who have 30 or more years, can count on a small test during the season.

The average rating must be 7.00 against a strong team such as Juventus, Inter, or Milan.

This way there is no room for a “don’t put me on transfer list” and the player’s place on the team is not in question. 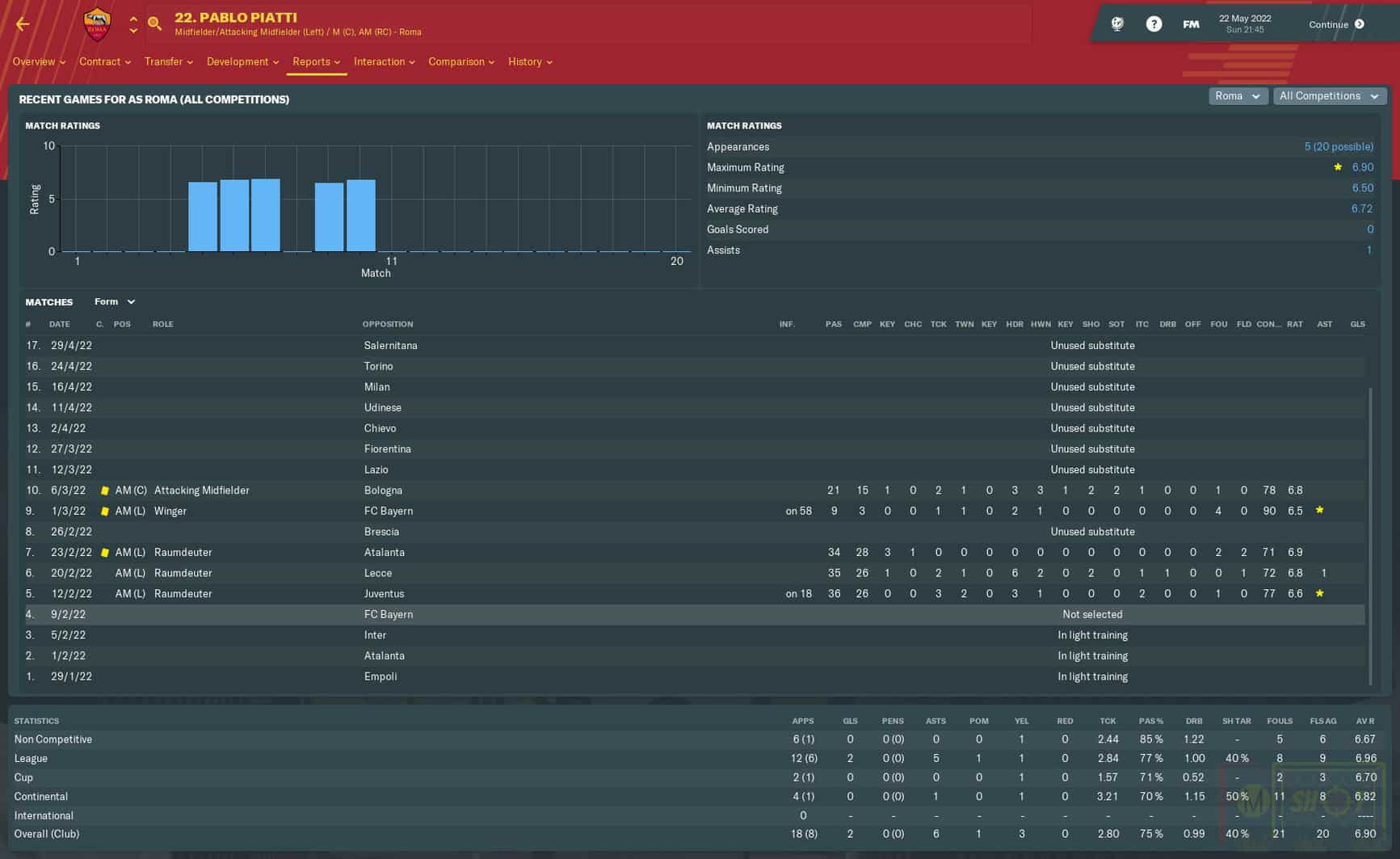 Cagliari showed interest in his services and paid €10.5 M. Taking into account the age (33) I think we did a good job.

That’s it. Luck has turned its back on us this season but the goals remain the same: Scudetto i Italian Cup. Champions League is a big cake that will come later on the menu.