Score draw football shirts are officially licensed and endorsed by over 40 football clubs and national associations.

Nice gift for any Hammers fan! 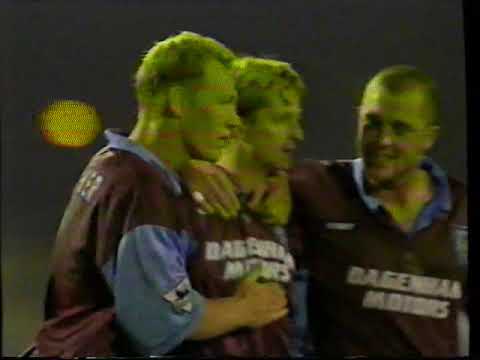 Before the season started, the West Ham board of directors heard speculation that assistant manager Harry Redknapp was about to be offered his old job as Bournemouth manager.

They reacted by dismissing manager Billy Bonds and promoting Redknapp to the manager’s seat.

Redknapp then earned the instant admiration of the Upton Park faithful by signing Don Hutchison and re-signing striker Tony Cottee, who returned to the club after six years at Everton.

Redknapp also strengthened the squad over the next months by bringing in Julian Dicks, Les Sealey and Stan Lazaridis.

The Hammers spent much of the season battling against relegation, but a good run of form during the final month pulled them up to a secure 14th-place finish. (read more)

Note: Please read all product packaging literature and product labels before use.