2 Ways To End A Brescia’s Bad Run Of Form

Brescia have been performing above expectations in the Serie A all season and find themselves in the 13th place.

I would say a good result given that the goal is to avoid relegation.

However, there was a small problem “bad run of form” which creates a tense atmosphere in the dressing room.

I take responsibility for the new situation on the ground (0 wins, 2 draws, and 5 losses) and consider that there are two options for getting out of the crisis. But it remains a question …

What is the cause of bad form?

After the winter transfer window, I gave a chance to young players to gain valuable experience that is necessary for further career development.

Most of them are young players (18 years old) who play in positions of CD and DR.

Still, that turned out to be the wrong move, as a series of defeats followed in a short amount of time.

The first part of the season was far more exciting, with opponents were having a difficult time scoring goals against Brescia. 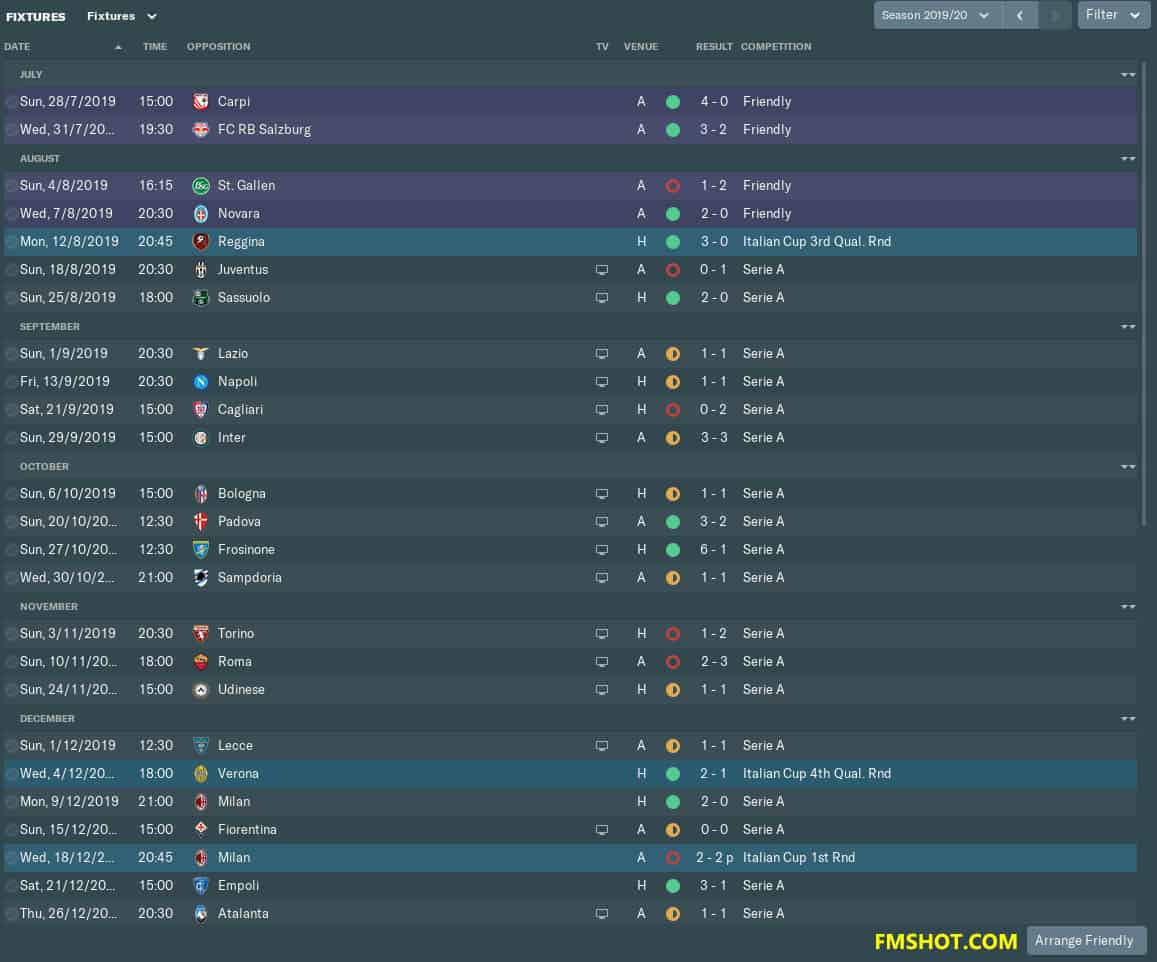 I had to carefully perform a rotation of players and choose an easier opponent to experiment with.

You cannot play offensively against Juventus if the defense is weak. Therefore, a detailed analysis follows.

Now the most important thing is to motivate the players, but it is not an easy task.

Some of them are on the transfer list because they are not satisfied with the current situation at the club.

They can leave the club if a tempting offer for their services arrives. 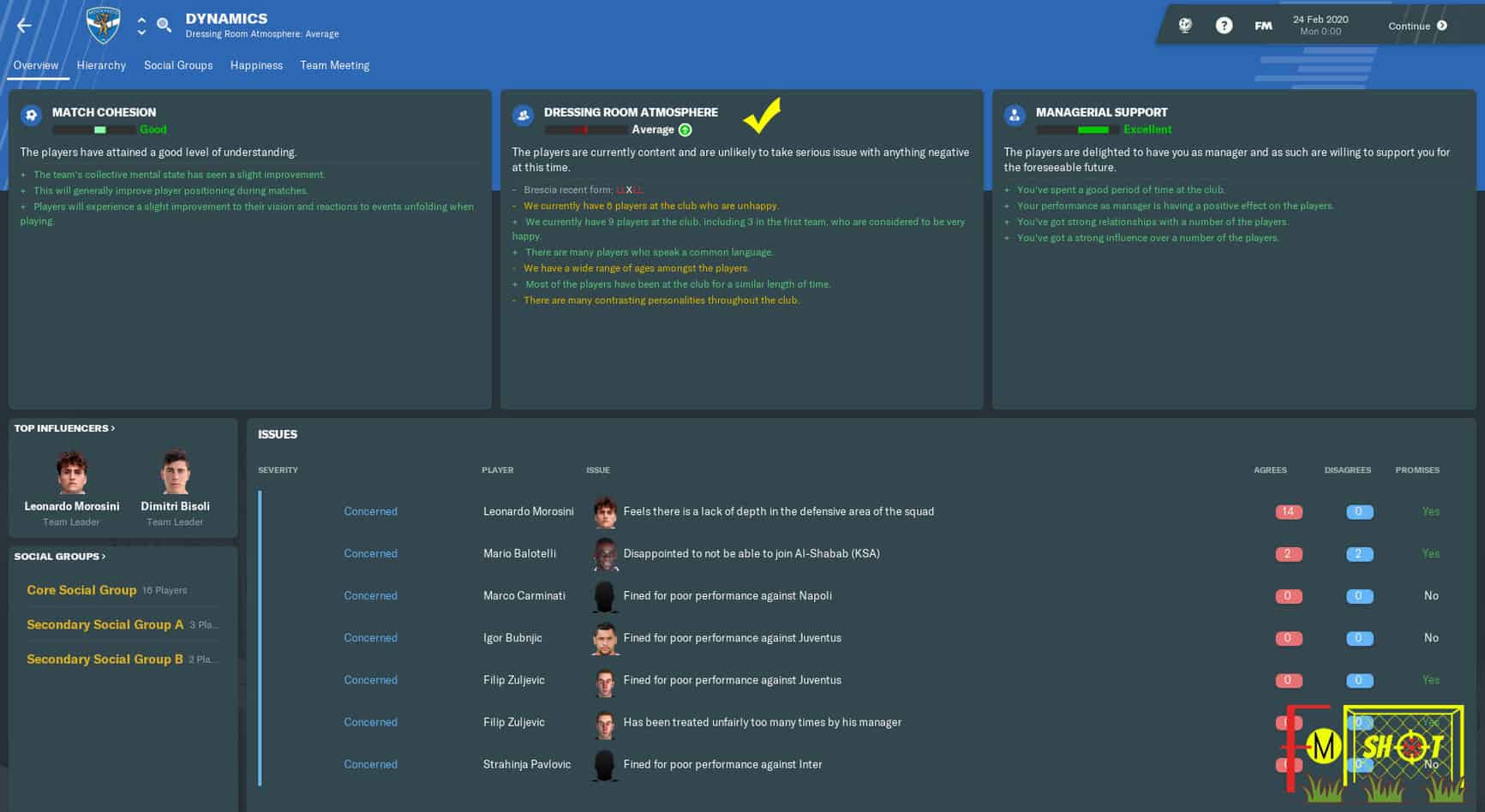 The main sources of revenue are tv rights and ticket sales.

A transfer budget is around EUR 4M and that is not enough for some serious boost that will make a difference on the pitch.

Part of the money is invested in infrastructure because the training facilities must be at the highest level. 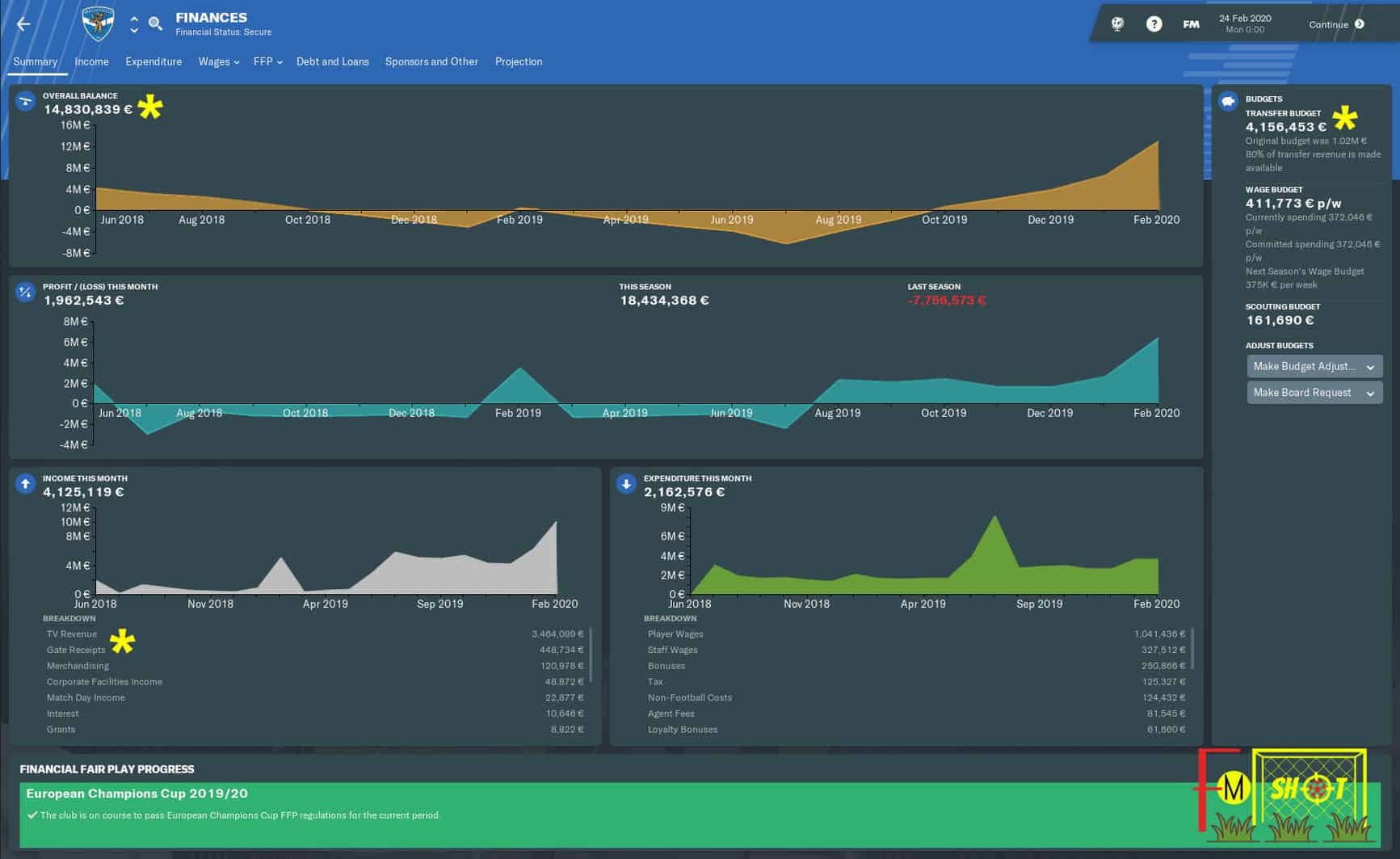 As you can see, Brescia has the potential for Serie A, but to take it one step further, we need to pay attention to the little things.

I would like to make a connection with a Premier League club to enhance competition in certain positions on the team.

I’ll take as an example of Chelsea Under-23s where they are fantastic players who would be of great help to the club that is fighting for survival in the league.

However, the Board does not share my opinion on the option “Look for Senior Affiliate Club” which is a big mistake! 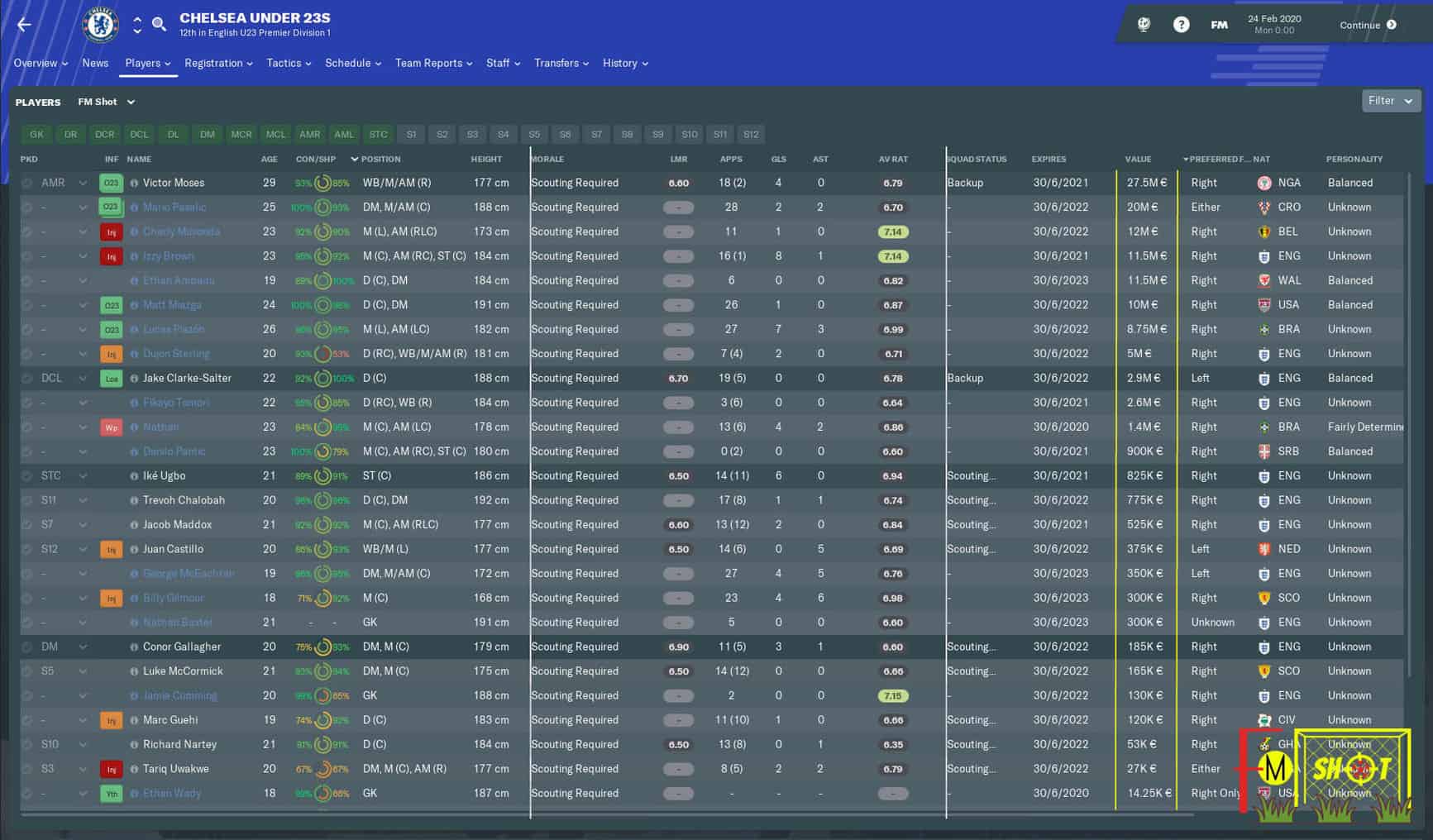 When a player crosses the red line and receives a suspension, it is advisable to have a private chat that will reduce the number of yellow or red cards in the future.

Instead, better to focus attention on the training and make sure that similar mistakes are not repeated.

In case a player receives a direct red card, the “Fine 2 Wks Wage” prize is automatically awarded, regardless of his status on the team.

I think it is better to give ball possession to the opponent and using a counter-attack will bring new points. 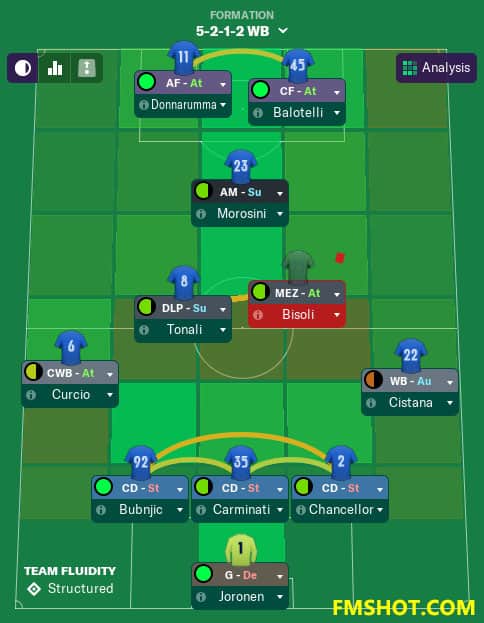 I had a lot of understanding for players who have a score below 6.6 at the end of the match.

Mostly they were getting “Issue Warning” because I judged it to be their maximum at a given time.

Those who didn’t admit their mistake were punished in an adequate manner (Fine 1 Wks Wage).

No more excuses for poor performance on the pitch! The same rules apply for training.

If a player plays a bad match he must be invited to a private chat and depending on his answers to the questions asked, it depends whether he will be sanctioned or not.

Usually, his place is taken by another player for the next match. 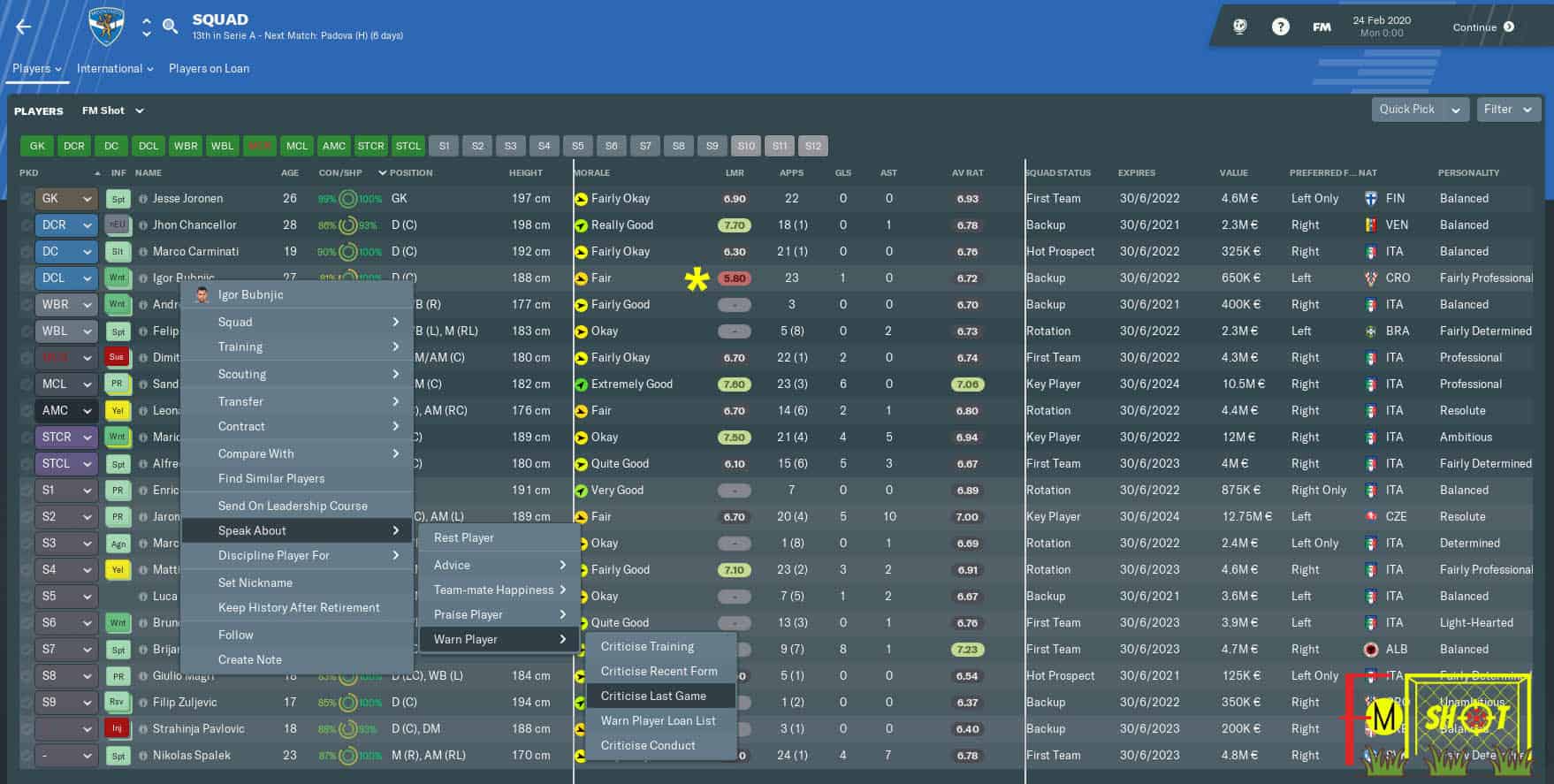 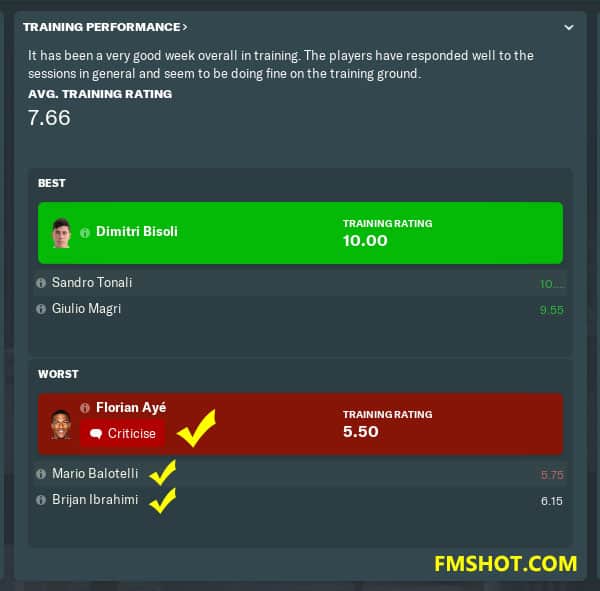 A new manager brings new energy and ideas so a solution can be My Contract → Resign → Immediately.

I used to spend 5 or more seasons in one club, but today the situation has changed.

I know exactly when it’s time for a new adventure.

After Brescia, can I get another chance at Serie A? – Yes!

When you have a result behind you, some clubs recognize your quality and be interested in your services.

I am no longer the manager of Brescia … 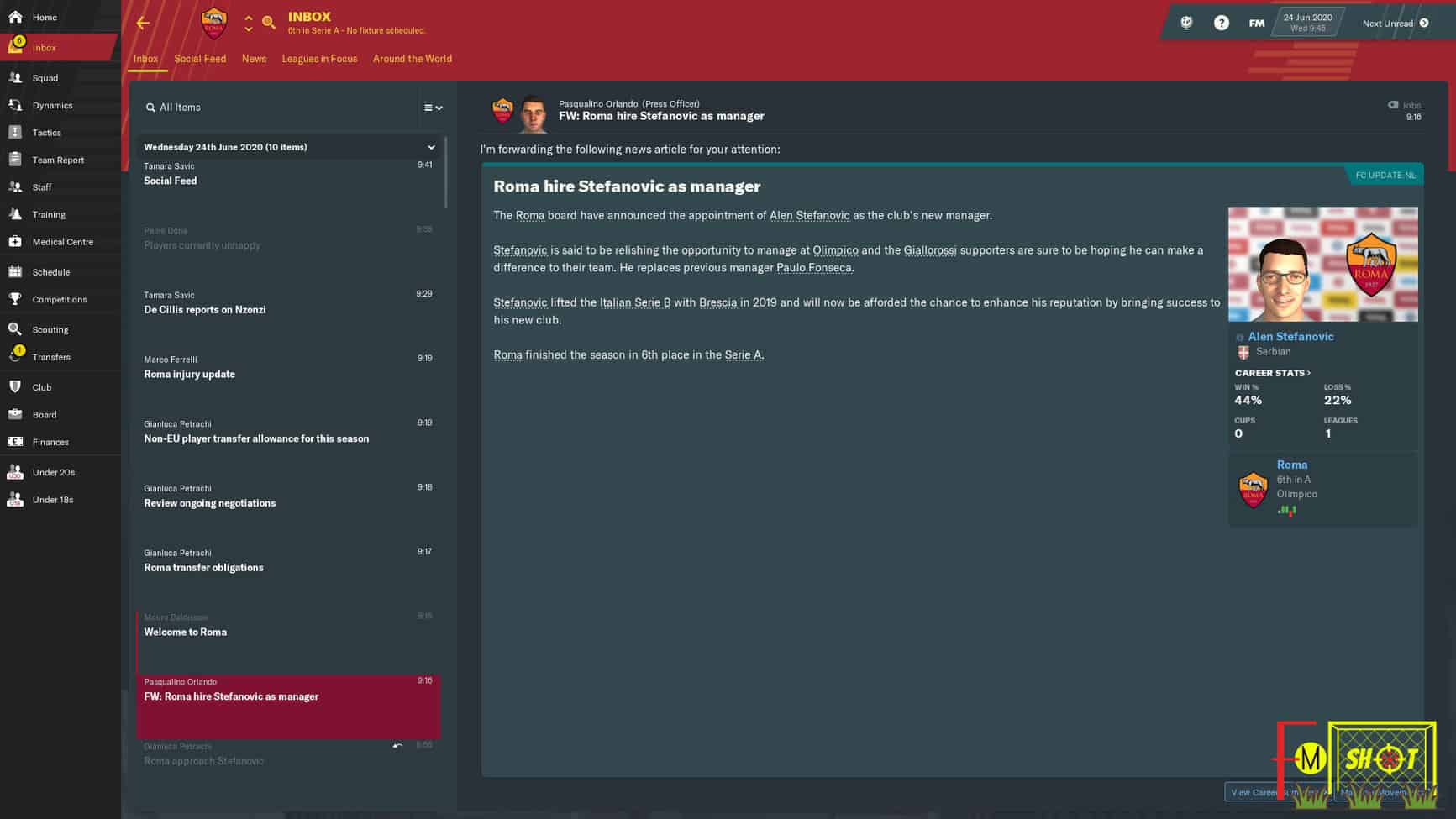 That’s it. These are my 2 ways to solve the “bad run of form” problem.

I forgot to say that many players would end up on the transfer list if I had chosen option # 1. Quite simply, they lack the quality for Serie A.

Next season would be difficult for the club but we certainly would have been a participant Champions League 2022.

Thanks for your attention and time.

Who do you think will win the Champions League?
Total Votes: 25
×
You or your IP had already vote. 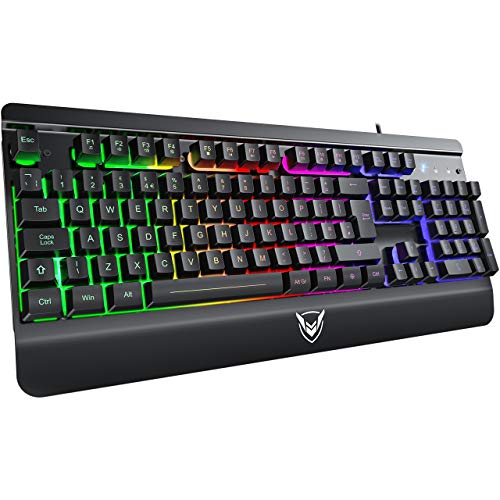 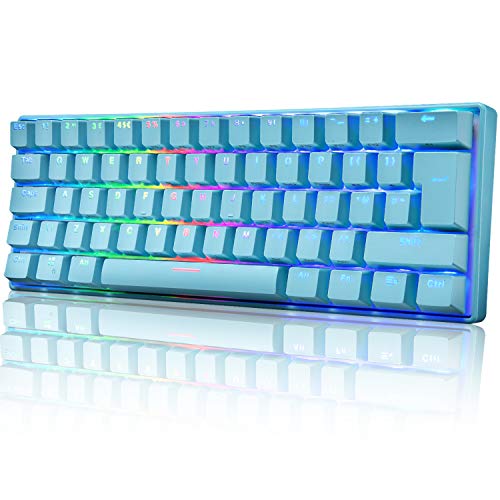 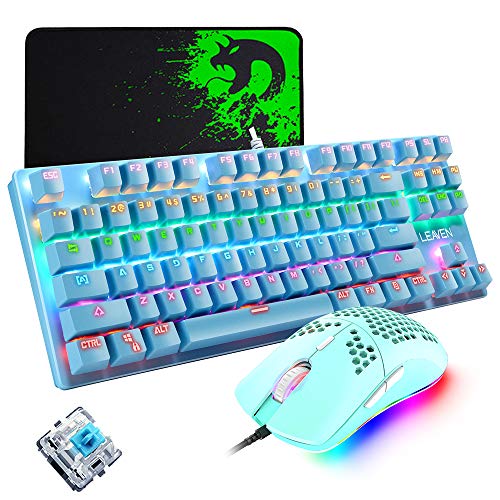 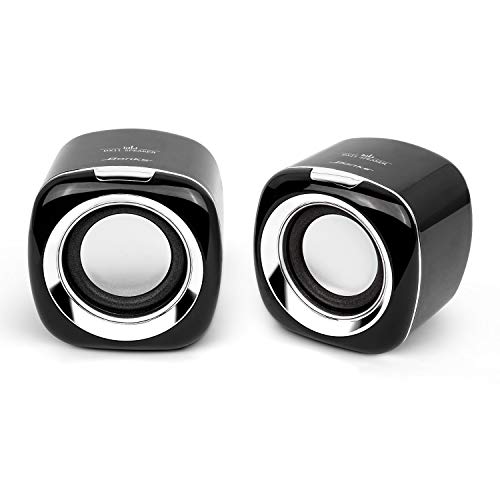 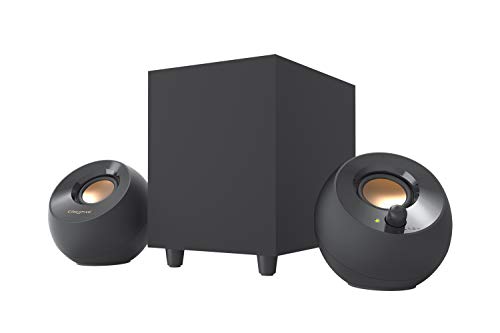 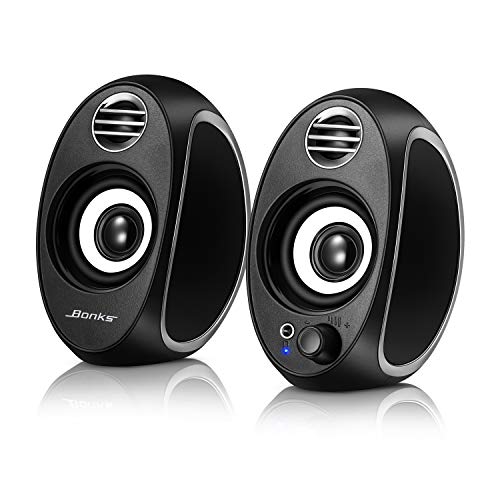